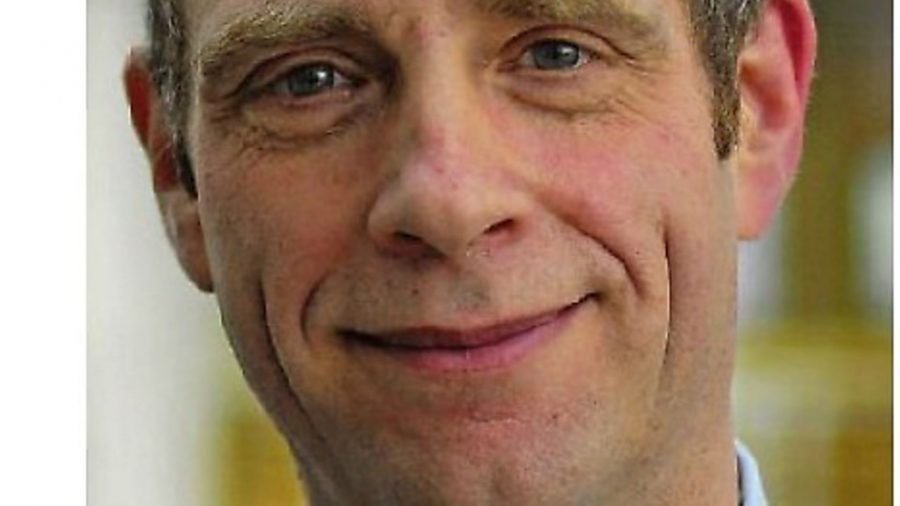 The CAA’s Head of General Aviation takes time out from his busy schedule to talk about his new job, plans for the GA unit and his vision for its future

Tony Rapson did not enjoy the most open-armed welcome from the light aviation community on his appointment to the new role of Head of General Aviation at the Civil Aviation Authority. While he has enjoyed the support of insiders who’ve worked with him recently on airspace issues, he understands the rather negative reaction in the outside world to the appointment of an individual with limited experience of light aviation. “If I were outside looking in on it, I’d be asking the same questions,” he concedes.

We are sat in a cubicle in the central atrium of CAA House, Gatwick; home to the new GA unit. Tony has taken time out from what is clearly a busy schedule to talk about the new direction the CAA has taken since the seismic impact of the Red Tape Challenge, the role his team will now be playing and his vision for the future. As he acknowledges, the authority faces a sceptical audience. Chief Executive Andrew Haines has won respect for his clear intention to reform, but the CAA is a big beast that has something of a history.

The problem, as many people in GA see it, is that the authority has for many years been staffed by ex-RAF men, many of them with an air traffic control background. That’s not to deprecate these fellows ? you don’t get to rise through ranks of the Services without demonstrating and developing broad administrative and managerial skills, and of course military ATC has a lot in common with civilian ATC. However, while GA encompasses many businesses and generates employment up and down the country, the major proportion of GA ‘operations’ is private flying, and private pilots have different priorities to military aviation and Civil Air Transport

Tony is keen to make the point that there is a new understanding of the importance of GA to Commercial Air Transport: “Without a thriving GA sector, commercial flying will wither,” he says. His own first experience of aviation was in light aircraft and he became a pilot thanks to an RAF flying scholarship, which he completed at Southend. “I’d been in the Combined Cadet Force at school, and my ambition at the time was to join the RAF to become a fighter pilot.” As it was, he completed enough time on the Jet Provost ? sixty hours or so ? to prove to himself that he was never going to be a fast-jet pilot, “I would have ended up killing myself”. Instead, he went down the ATCO route.

Whilst he turned away from a Service career in the cockpit, he didn’t give up flying straight away. Having put in the extra time to get a PPL on the back of the scholarship, he logged a respectable 175 hours or so on club aircraft, mostly Cessna 172s and Piper PA-28s. However, as his career progressed and he moved from one post to another ? he reels off a list including RAF Brawdy, Eastern Radar, London Air Traffic Control Centre, Cottesmore and ‘Scottish Mil’ (Scottish Air Traffic Control Centre, Military)?other priorities emerged and he finally closed his civil flying logbook in 1982.

Retiring from the RAF as a group captain after twenty-seven years’ service, Tony joined the CAA’s Directorate of Airspace Policy, moved on to the Future Airspace Strategy and was latterly on secondment to the Department for Transport, where he was Policy Lead for the Single European Sky.

It was Andrew Haines promising in response to the Red Tape Challenge that the CAA would henceforth deregulate and delegate wherever possible that convinced Tony that real change was actually going to happen, answering as it did his own question as to why it might happen. When Haines announced that he would be seeking a head for a new General Aviation unit Tony was moved to apply.

“While I met all the criteria, the one box I could not tick was current GA experience,” he admits, “but as one old friend in the RAF advised; never turn down a job you’ve not been offered!” Joking aside, Tony says he did have insight to what you might term the ‘GA perspective’ from his work on airspace strategy “which of course has to take into account the interest of all users”. He also appreciated that the stated goals could only be realised by someone able to achieve change within a bureaucratic structure (and, like it or not, no one would have a better measure of that challenge than a CAA insider). In any event, the job was open to all applicants and there for the best person to win.

One further thing Tony brought to the table was his experience of working with the EU, where he found a contrast in the way regulation was discussed and developed. “The CAA’s approach has become more akin to presenting a legal case, based on evidence gathered, whereas in Europe it tends to be all about personal influence and relationships.” So; not so much what you know as who you know…

The job description spelled out the objectives for the new head of GA, but not the means of achieving them. Tony says one of his first priorities is to “take what is now the GA consultative committee and make it into a GA partnership group, supported by smaller specialist groups working on specifics”. However, he wants the discussion to be open and to embrace as many partners as possible. “I am determined there will not be standing sub groups.” Tony is looking for consensus and not ideas formulated behind closed doors. In the short term, the overall strategy will be determined by the Red Tape Challenge. In future it will be determined by the GA unit itself, CAA leadership and the DfT, the partnership group providing an overall “sanity check,” as Tony puts it.

“My initial priority is to get the GA unit up and running, and deliver an initial programme of work by 1 April.” Located on the second floor of CAA House at Gatwick, the designated GA team is already twenty-four strong (“strictly speaking, 24.6 full-time equivalents” he observes). The unit sits at the same organisational level as Airworthiness, Flight Ops, Aerodromes etc, finally setting GA on a par with these long established divisions of activity. Staff now working under Tony’s management and bringing in further experience include Mike Barnard, former GA programme Manager for the Red Tape Challenge.

What does Tony see as the burning issues? “The way that the UK has treated GA as an add-on to commercial aviation is fundamentally wrong ? we need to carve out time to look at the strategic things we might do, which might require us to go back to the EASA requirements and even some revision to the Air Navigation Order. “We need to be a little bit careful with the list of specific issues to be addressed? the programme has yet to be agreed and signed off ? but the sort of things at the top are deregulation for single-seat microlights, the delegation of gyroplanes to the LAA and the issues involved in going from Registered Training Facilities to Air Training Organisations ? I am trying to track back through the regulations to see what is actually required and to what extent the template can be simplified!”

This bit of news should be music to the ears of clubs and schools, who have long argued that there is no real safety case to justify the extra paperwork and felt, in some cases, that the CAA has been guilty of gold-plating. Tony seems to agree about the safety issue ? “I’ve heard the bar-room stories, but see no actual evidence of unsafe practice in the accident rates”. There is a limit to how far the CAA can go in ameliorating the burden of European regulation, or how quickly things can be put right. “Like it or not, EASA rules are directly applicable UK law, so it is vitally important that we plug into EASA at the appropriate, early stage.”

On this front, he claims that the CAA’s engagement with the European regulator has in the past won many benefits for UK aviation, if not always UK GA. Things are improving and he cites, as an example of the CAA’s more recent focus on GA, the reprieve for the IMC (an action for which, he says, the Department for Transport should also receive credit).

Looking ahead, Patrick Kee has set up a new National Aviation Authorities working group at EASA, which Tony will be chairing. (Indeed, the Brits seem to have to come to the fore in the European authority, with PPL-IR member Julian Scarfe ? a name that keeps cropping up? heading up the technical sub group.) Back at home, the biggest cause for concern has to be the growth of controlled airspace. Would Tony now be championing the cause for GA? “I would struggle to present a response to an airspace change proposal that represented all the views of the GA community ? that’s ultimately the responsibility of the representative bodies. My job is to make sure the interests of GA have been given appropriate consideration in the decision making process.”

Disappointingly, but perhaps understandably, he won’t be drawn on any opinion he might hold on TAG Farnborough’s plans ? many would call them demands ? for great swathes of controlled airspace to protect its operations, nor will he comment on airspace policy in general. However, Tony is determined to engage with General Aviation as part of his continued self-briefing, reeling off a series of events he’s either attended or is planning to attend, including the British Gliding Association conference, Aero Expo and the General Aviation Safety Council evening at Rochester.

With three children who are about to move into tertiary education, Tony doesn’t feel he has funds to spare for leisure pursuits and it doesn’t look like there is any CAA provision for flight training (returning to flying at taxpayer’s expense…?). So is there any prospect of him putting in any light aircraft stick time? “I am open to all offers,” he says with a smile, but clearly not entirely joking. Could this be the chance for someone out there to tick that ‘current GA experience’ box for Mr Rapson, however belatedly?

Did you enjoy this interview? Read more here: