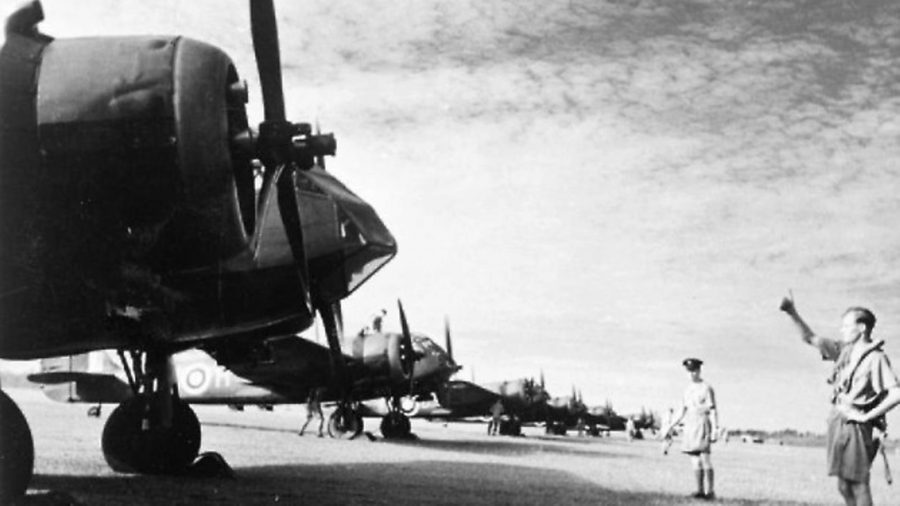 World War 2 cultivated some of the best military pilots the world has ever seen. On the anniversary of VE Day, we honour some of the flying aces of the war.

As the US highest scoring ace during World War 2, Richard Bong shot down 40 Japanese aircraft between December 1942 and December 1944 – the majority in a Lockheed P-38 Lightning. As a result of his achievements, he was awarded with several significant awards including the American Medal of Honor, the Distinguished Flying Cross and the Air Medal.

Bong was killed during a flight test of the first Lockheed jet fighter- the P-80 Shooting Star, 6 August 1945. His death shared front page news in America with the dropping of the atomic bomb on Hiroshima.

Originally born in South Africa, Pattle moved to the UK in 1936 where he joined the RAF. Pattle flew Gloster Gladiators and Hurricane H1s for No.80 Squadron before he was promoted to Squadron Leader of No.33. In April 1941, despite being ordered to fly less due to a severe case of the flu, Pattle ignored orders and was eventually shot down by the Luftwaffe over Greece. He was reported to be last seen slumped over in his aircraft as it crashed in flames. By the time of his death, Pattle had approximately 47 aerial victories. He is named in children’s author, and fellow comrade, Roald Dahl’s autobiography; ‘Going Solo’, as the ‘Second World War’s greatest flying ace’.

Braham’s father had been a pilot in the Royal Flying Corps during World War 1 – perhaps sowing the seed for his son’s career as a flying ace. In December 1937 Braham joined the RAF No.29 Squadron of night fighters and learned to a fly a Blenheim and later on, Bristol Beaufighters. His first air-borne victory occurred during the Battle of Britain in August 1940 and over time Braham developed extraordinary night flying skills. By the end of the war he had carried out 318 operational sorties, shot down 29 aircraft, endured five crash landings and taken 11 hits – it was said to be a miracle that he had even survived the war.

Irish-born Finucane has been described as one of the most decorated Spitfire flying aces during the Battle of Britain. He was the youngest ever Wing Commander in the RAF at the time, achieving this role before his 22nd birthday and he was awarded with the Distinguished Service Order and the Distinguished Flying Cross for his accomplishments. Throughout the two years he was involved in the war, Finucane shot down a total of 32 aircraft – one of the highest results in the RAF’s history. Finucane’s success ended 17 July 1942 after he received a ‘one in a million’ shot from a German machine gun on the beaches of France that hit his radiator. He attempted to fly back to the UK rather than risk being captured, but his engine overheated and despite making a text book landing in the Channel, his aircraft quickly sank and his body was never found. Over 2,500 people attended his requiem service at Westminster Cathedral.

German Luftwaffe General and flying ace, Galland, participated in over 705 combat missions and survived having his aircraft shot down over four times. He was accredited with 104 aerial victories in World War 2 and fought in several campaigns; the Polish Campaign, the Battle of Belgium, the Battle of France, the Battle of Britain, the Channel Front and the Defence of the Reich. Galland mostly flew a Messerschmitt BF 109 but in 1944, Hitler allowed him to fly the ME-262 jet fighter prototype – the world’s first of its kind.

Johnson had his AAF application rejected in 1937 and was not accepted into the RAF until the outbreak of war in 1939. Little did his interviewing officers know, they had turned down a pilot who would later go on to be the highest scoring Western Allied fighter ace of World War 2.

Johnson took part in a number of offensive sweeps across German-occupied Europe including the Battle of Normandy, Operation Market Garden and the Battle of the Bulge. He was made group captain by the end of the war by which time he had incurred 34 individual victories and seven shared victories, he had damaged 10 enemy aircraft and had participated in 700 operational sorties.

Perhaps one of the most famous flying aces of all time, Hartmann was introduced to flying at an early age by his mother – one of Germany’s first female gliders.

He joined the Luftwaffe in 1940 and completed his training by 1942. He flew 1,404 missions and participated in aerial combat on 825 occasions and Hartmann went on to be the most successful flying ace in history as he had 352 confirmed victories. He marked his plane with a black tulip and other members of the Luftwaffe followed suit knowing that the enemy would avoid their aircraft if they believed it to be Hartmann’s.

Military aviator, Ivan Kozhedub, was regarded as the best Soviet flying ace of World War 2 and he was made ‘hero of the Soviet Union’ on three occasions. His first military flight was not made until 26 March 1943; however by the end of the war he had taken part in 330 combat missions and 120 aerial engagements. Kozhedub accumulated 62 victories by 1945 (one of which was a Messerschmitt Me-252 jet fighter) – most of these were attained whilst flying a Lavochkin La-5.

Leading Australian flying ace of World War 2, Clive Caldwell, was originally over the age limit to sign up to the Royal Australian Air Force in 1939, but he persuaded a pharmacist friend to alter his birth certificate – enabling him to sign up. Caldwell flew in over 300 missions, damaged 15 enemy aircraft and had over 28 victories, earning himself the nickname ‘Killer’ amongst his comrades. Caldwell mostly flew a Curtiss P-40 Tomahawk and participated in the North African campaign and the South-West Pacific Theatre. By the end of the war, Caldwell was named as the highest scoring P-40 pilot from any air force.

Lydia Litvyak, a fighter pilot in the Soviet Air Force, was the first ever female fighter pilot to earn a fighter ace title. She was a comrade of the all-female 586th fighter regiment of the Air Defence Force where she trained to fly a Yakovlev Yak-1 aircraft. In total, Litvyak achieved 12 victories and four shared victories across 66 combat missions- the greatest number of a victories for a female pilot. She was a member of the ‘Night Witches’- a regiment of Soviet women who carried out night missions against German troops. Litvyak died in 1943 when her aircraft was shot down by two German bombers.