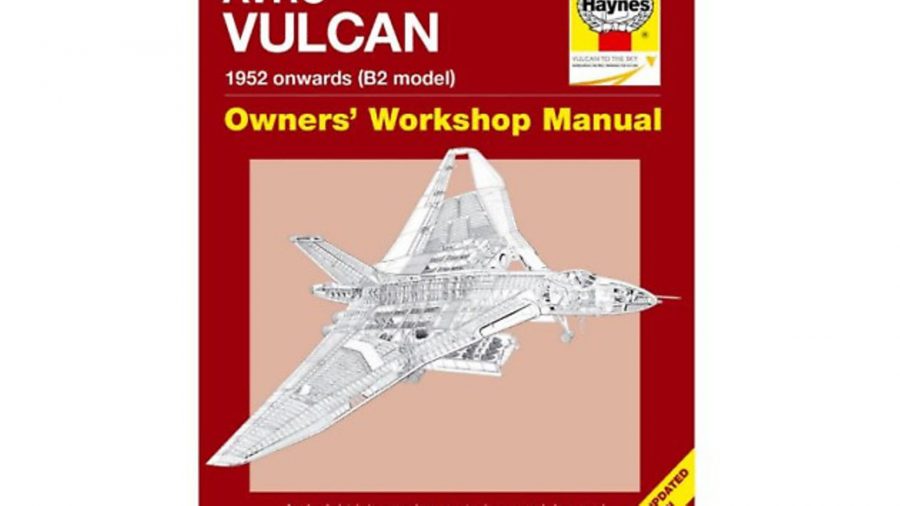 For anyone suffering withdrawal symptoms from the loss of the Vulcan from our skies, this book should go some way to being an antidote.

As with most Haynes’ manuals, this one sets out the history of the aircraft type (B2 model) and its operational uses – in this case, of course, including the role of the Vulcan in ‘Operation Black Buck’, the successful bombing of the runway at Port Stanley during the Falklands war.

The manual contains a number of stories and anecdotes from Vulcan pilots and crew, which bring the details of flying the aircraft to life. What sets this book apart, however, is the wealth and quality of the photographs, diagrams and illustrations.

The book is essentially in two parts. The first two-thirds documents the development of Vulcan aircraft, their service history, what it was like to fly and their various characteristics.

The final third is all about how The Vulcan to the Sky Trust came into being and how XH558 was eventually returned to the air. As this meant painstaking dismantling and rebuilding so many parts of the aircraft, the photographs and narrative cover every aspect. It takes you through the initial decision to purchase, raising the restoration money and buying the tons of spare parts at scrap value.

Then on to negotiations with the CAA to obtain a Permit to Fly and the difficulty of identifying the current proprietary rights holders for such small but vital items as the nylon diaphragms for the fuel pressurisation system. The original manufacturers’ rights for these and other parts have long since been sold on or subsumed into another company, sometimes several times over.

The resulting manual is a lasting memorial to the type and the, sadly now earthbound, ‘last Vulcan flying’. It will satisfy those who just love a good story as well as those who want more in the way of technical details. Not a snip at £25 but it would make a welcome gift for many Vulcan enthusiasts.