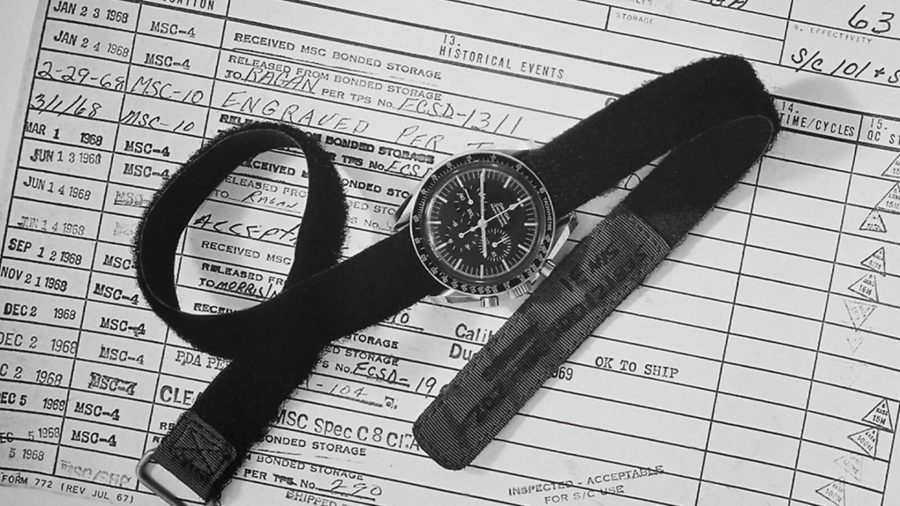 For those who admire the Omega “Moon Watch” but can’t splash out £4k, the Urban Sport Speedy from Undone is an affordable homage

First taken into space in 1962 by Mercury astronaut Wally Schirra as a personal item, the Omega Speedmaster began its journey into legend in 1965 when it was qualified for space flight by NASA. The agency invited ten leading makers to submit watches for testing at extremes of temperature, pressure and vibration. Four responded, one of them – US company Hamilton – comically falling at the first hurdle by failing to read the specification and sending a pocket watch! Two of the three remaining watches failed the high-temperature element (48 hours at 71 Celsius followed by thirty minutes at 93 Celsius) the Rolex stopping and the Longines’ crystal distorting, and only the Omega survived the complete sequence of tests.

The Speedmaster became ‘the Moon watch’ when Apollo XI Lunar Excursion Module Pilot Buzz Aldrin wore one on the surface (Neil Armstrong left his in the cabin as a back-up to the electronic panel clock, which had failed). There are many other stories behind the legend. None of the surviving Apollo Speedmasters contain moon dust because NASA cleaned and serviced them on their return to Earth. When Mike Collins presented the Speedmaster he’d worn daily since piloting Apollo XI’s Command Module to the Smithsonian, curators discovered it was actually Armstrong’s watch – NASA had mixed them up. Aldrin’s Speedmaster – surely the most valuable of the lot – was apparently lost or stolen in transit to the Washington museum.

Omega continues to produce its fabled Moon watch, and this high-quality mechanical item does not come cheaply – the standard version costs nearly £4,000. Second-hand Speedmasters can be had for less, but good ones are still well north of £1,000, and the sixties and seventies originals prized by collectors can cost tens of thousands.

For those who admire the Omega but have a more modest budget, there is the Undone Sport Speedy, one of the new breed of ‘micro brand’ watches built around Seiko mechanical-quartz hybrid movements. This watch is inspired by the Speedmaster, rather than being an ignoble copy or fake. However, carefully customised on Undone’s interactive website as per the Editor’s unique ‘Omigod’ edition illustrated, it becomes more of an homage – and, for a fraction of the price of the real thing, it tells the time more accurately. Just be aware that you may face a small import duty/tax fee (Undone watches are made in Hong Kong) and, unlike a mechanical watch, which will run until its spring loses tension, to preserve the battery and maintain accuracy the Speedy’s chronograph function will stop automatically on reaching its maximum sixty-minute indication.