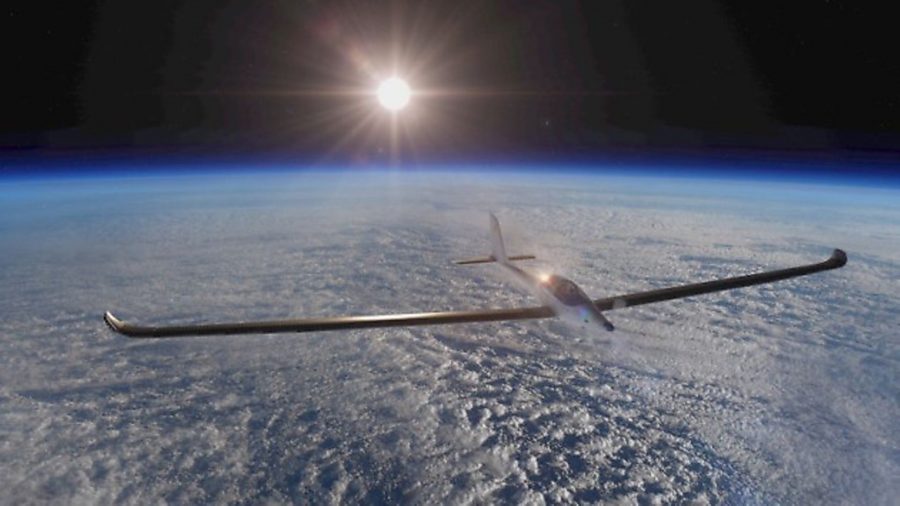 Affordable, ‘green’ research of the earth’s stratosphere took a major step forward with the unveiling of Raphaël Domjan’s stratospheric SolarStratos.

The solar aircraft – which is hoped to reach a height of more than 80,000ft – was unveiled at Payerne, Switzerland, in December in front of 300 guests, project partners, government officials, ambassadors and the media.

The SolarStratos project was initiated in 2014, with Domjan stating: ‘It will be the first manned solar-powered aeroplane to penetrate the stratosphere.

‘Previous and current research of the stratosphere uses large quantities of energy and helium.’ The SolarStratos has some 237sq ft of solar cells covering the composite and carbon fibre airframe, powering 20kWh Lithium-ion batteries. Domjan will wear a solar energy-powered spacesuit to fly at 82,000ft on what he describes as ‘an eco adventure by an eco-explorer’.

Currently in the final development phase, SolarStratos’ roll-out and first medium altitude flights are planned for the coming summer, with the initial stratospheric flights following in 2018.

The project is backed by SolarXplorers SA Group whose Chief Executive Officer Roland Loos said at the launch: ‘SolarStratos opens the door to new scientific knowledge, at an affordable price, for the exploration and the peaceful use of our stratosphere.’