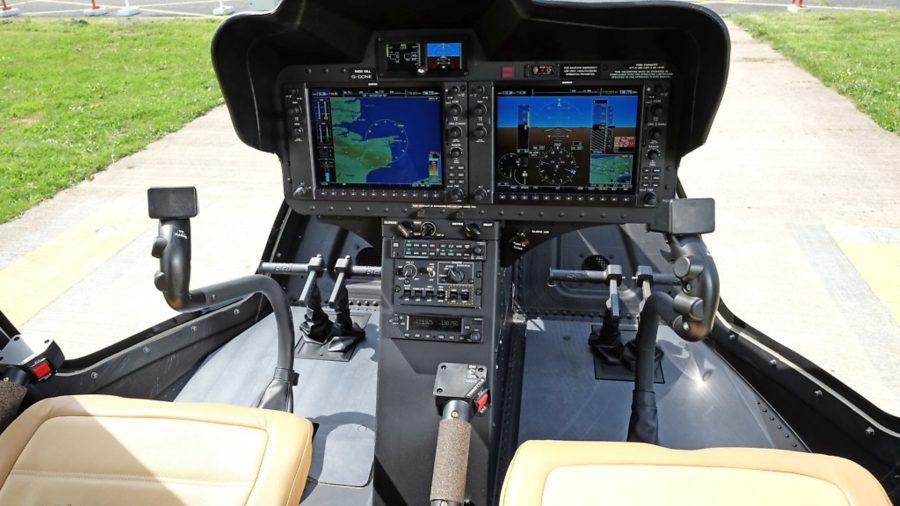 The collective lever on a nearly new 505 Jet Ranger X broke in the pilot’s hands during a preflight control check recently, causing Transport Canada to impose its second emergency AD recently on Bell’s newest helicopter, which is built and was certified in Canada. It was reported that the collective lever broke off above the floor on a 2019 model flown by a police department in California in February, causing Bell to issue an Alert Service Bulletin (ASB) that Transport Canada followed with an Airworthiness Directive (AD) requiring one-time inspections.

It was then discovered that the broken lever and cracks found in another collective were caused by metal fatigue, prompting another bulletin from Bell and a subsequent AD from the regulator requiring fluorescent penetrant inspection every 25 hours. Flying from the right (i.e normal command) seat was banned until inspections were completed.

Bell and the supplier of the collective handle are working on a fix and new parts should soon be available. ‘Initially, we will provide replacement collective stick assemblies on a case-by-case basis for those in the most urgent need,’ the manufacturer said in a letter to operators, adding ‘as rework options get approved, we will increase the supply to meet the demand’. All costs will be covered by warranty.