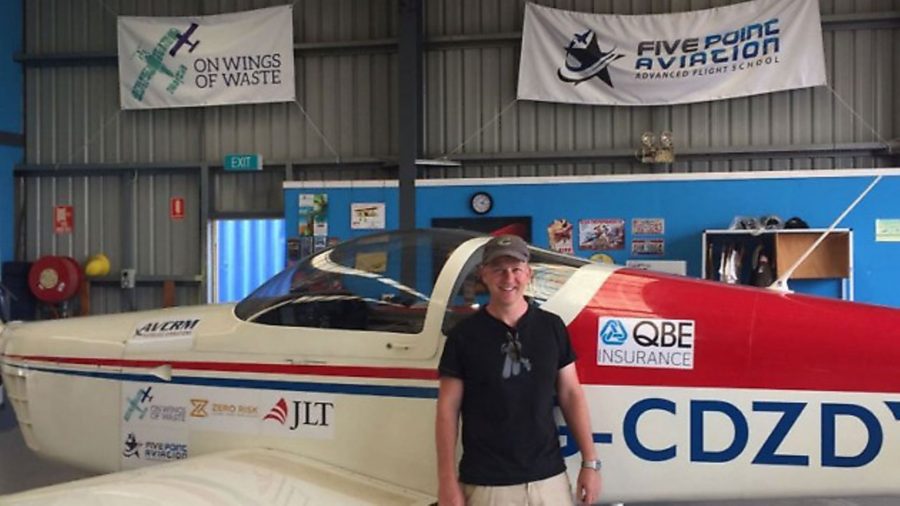 British pilot and environmentalist Jeremy Rowsell has flown 500 miles over Australia, from Sydney to Melbourne, using fuel partially made up of plastic waste.

It was a monumental achievement for his campaign, On Wings Of Waste, to end the dumping of plastic waste in the world’s oceans by proving the pollutant can be used to power diesel engines. The Wilksch Airmotive 120 engine in his Van’s RV-9 ran on conventional Jet A1 mixed with 10 per cent fuel made from end-of-life plastic.

UK-based company Plastic Energy produced the fuel using a process called thermal anaerobic conversion, which heats the plastic in an oxygen-free environment to prevent it from burning – and so releasing no toxic emissions.

‘After years of preparation and many ups and downs, we’ve finally shown that the eight million tonnes of plastic dumped into the oceans each year can be put to good use,’ said Rowsell. ‘The flight was a dream.’

It is hoped this could signal a profound change in the aviation industry. A 747 burns 36,000 gallons of fuel on a 10,000-mile flight. Airlines spend a third of their operating costs on fuel. With the ‘10% solution’ that would be the same as 18 tonnes of plastic waste.

More than 21,000 tonnes could be saved to help power the flights that depart from Heathrow every day.

‘The Wings Of Waste flight, I hope, will bring the attention of the world to this great solution that is there waiting to be taken if only we can get the support of people to do so,’ said long-time supporter, Sir David Attenborough.

As well as the flight, a film highlighting the damage plastic can cause, A Plastic Ocean, will be released on 20 January, while the On Wings Of Waste team looks to build a recycling plant in Australia.