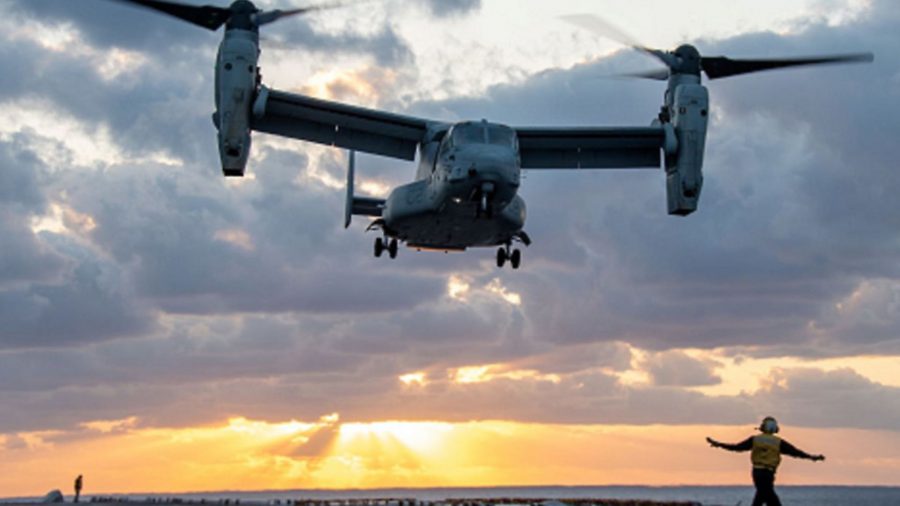 The Bell Boeing V-22 Osprey fleet has reached more than 600,000 flight hours & has grown to more than four hundred aircraft

The Bell Boeing V-22 Osprey fleet has reached more than 600,000 flight hours. Built by Bell Textron, the V-22 is the only military production tiltrotor aircraft in the world, the fleet now grown to more than four hundred aircraft. It is operated by the United States Marine Corps, US Air Force and Navy, and the Japan Ground Self-Defence Force.

“There is no other aircraft in the world capable of matching the unique capabilities of the Osprey,” said Kurt Fuller, Bell V-22 Vice President, adding that the milestone “represents countless tactical, logistical and humanitarian assistance missions, and the dedication of the men and women who maintain and operate the aircraft every day to keep it an advanced aircraft.”

First developed as a reaction to the 1980 Iran’s hostage crisis, the Osprey underwent a challenging development programme marked by accidents and rising costs, but eventually became fully operational in 2007. Capable of landing and taking off vertically, the aircraft can carry about thirty soldiers or nine tons of cargo at 250kt over four hundred miles.