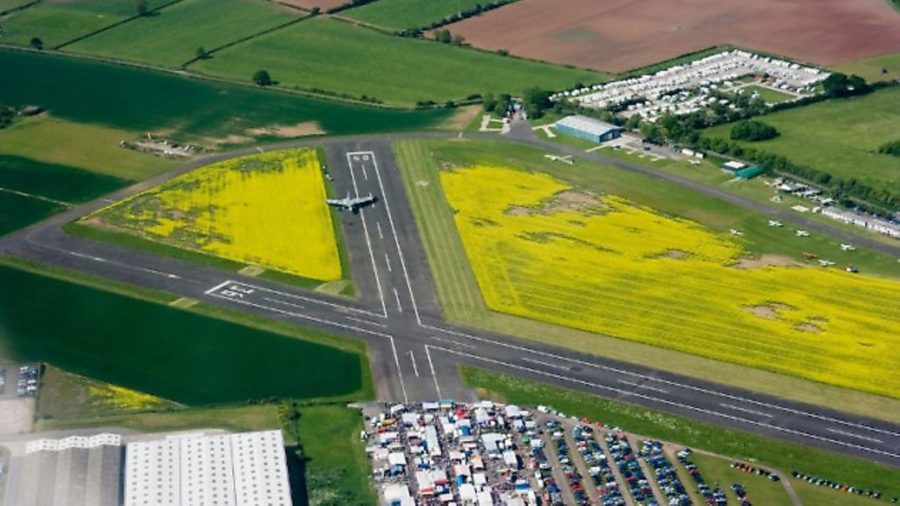 The Stratford airfield was subject to controversy in December when its owners threatened to demolish buildings, only to be blocked by the local council

Some 200 aircraft are expected to head to Wellesbourne Airfield for a special fly-in on Sunday, 21 May.

Organised by Wellesbourne-based group Landed Aviation, it is hoped celebrities such as keen flyer Carol Vorderman, Worst Place to be a Pilot presenter Matt Dearden and motoring journalist Quentin Willson will also attend.

The fly-in is part of a major and long-running campaign to save the airfield from closure, with the plan to build 1,500 homes on the site meeting with fierce opposition.

In December, the owners, the Littler family, announced their intention to demolish many of the buildings, but Stratford District Council took action to prevent it. The dispute continues and the future of the airfield is still far from certain.

As well as the fly-in, Landed Aviation has launched a petition to save Wellesbourne, which has gained nearly 6,000 signatures. It can be signed here.