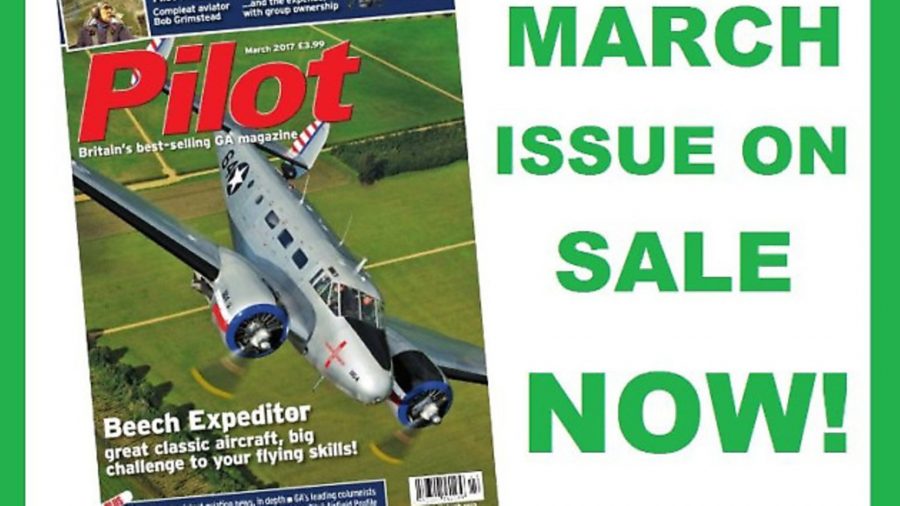 Flight Test of the Beech 18D

To buy or not to buy? The pros and cons of group ownership

Looking back to 2016, we actually enjoyed some good flying weather, although I didn’t log as many hours as I would have liked. The Cub ended the year grounded when my LAA inspector declared its magnetos beyond immediate repair (does anybody out there have a pair of suitable Bendix mags looking for a home?)

But 2016 was not a good year for airshows in general, thanks to the long shadow cast by the Hunter accident at Shoreham (now, as you will gather from Nick Bloom’s ‘Airfield Profile’, being restyled ‘Brighton City’ by the PR people). Few people would have denied that some kind of action needed to be taken in the wake of the tragic crash but Pilot’s editors still think the CAA’s response to the disaster, in terms of the restrictions to display flying, was an over-reaction.

As the New Year came in the skies darkened further, not for just display pilots and airshow enthusiasts, but the GA community at large, with the news of more and more civilian and MoD airfields facing closure and — almost inevitably — housing development. Dave Unwin puts it more eloquently than I can in the issue.

Further financial stress has been imposed by the requirement for 8.33 radios. We may be able to get a rebate (if the available fund, based on a percentage of an estimated cost of re-equipping, don’t forget, is not exhausted) but the need to fork out at least several hundred quid remains. I hope others do not experience the technical problems one correspondent reports in ‘Airmail’.

Having to obtain a personal locator beacon (PLB) or aircraft emergency locator transponder (ELT) may have been last year’s problem. However, the actual effectiveness of these devices in an emergency remains open to question (if you are raising your eyebrows at this, check out the Malone column in the issue).

By now, you might have guessed where I am heading with this. To an ever increasing extent, our actions — indeed our freedom actually to fly at all — are at the mercy of the authorities and their ever-expanding and tangled web of regulations and restrictions. We are becoming less able to determine our own destinies, and being free to do this is what private flying is all about.

So here’s my challenge to the politicians who are ultimately responsible for what happens to threatened airfields and the regulators, some at home but mainly abroad who seem to have lost the plot when it comes to GA: What are your New Year resolutions?