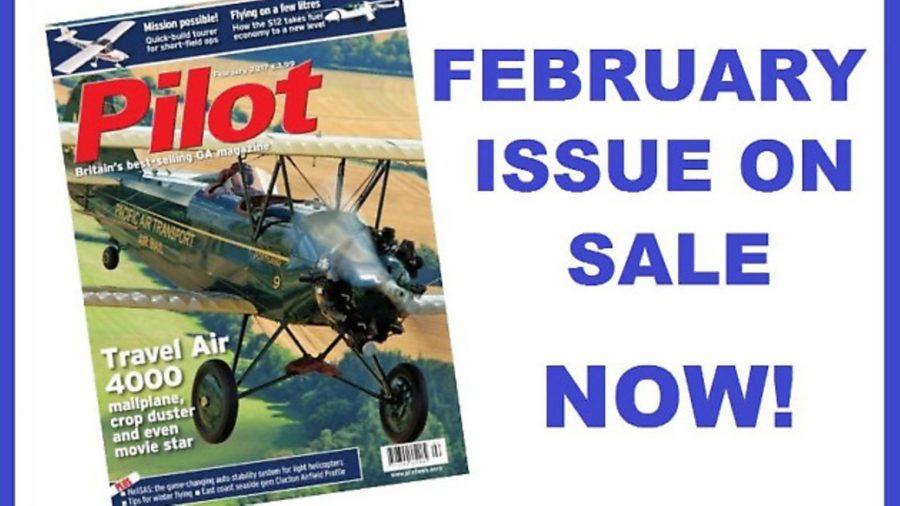 Tips on how to preserve your aircraft, and your own neck, in the winter months

Test of the Lambert Mission M108

Flying your helicopter hands off

It is great to have a good flying read when grounded for a while (in my case, the Cub’s magnetos proved to be beyond immediate repair after I removed them for inspection).

Hopefully this issue of Pilot has something for you. We have owner Tom Leaver’s report on his Travel Air biplane – a wonderful relic from what many would consider the golden era of US aviation – to Dave Unwin’s look at the very modern and ultra-efficient Stemme S12, an aircraft that is really much more than a mere motor glider.

Those who prefer more conventional light aeroplanes might turn straight to the flight test of the Lambert Mission M108. Based in Belgium, Lambert Aircraft is an established manufacturer whose first production model, designed by Filip Lambert, was a low-wing four-seater, the Mission M212.

By a stroke of good luck, I was present at Cranfield on 13 July 2004 to witness the M212’s first flight, in the hands of test pilot Dodge Bailey. Both Lambert brothers were there, and I remember the way their understandable tension beforehand gave way to smiles when Dodge landed and taxied in forty minutes later. It’s not often you get to witness a historic event in aviation firsthand.

The M108 is a Light Aircraft Association approved kitplane development of their two-seat European ultralight, the M106. It was designed to carry a much greater load and ultimately have LAA approved instrument flying capability. But what distinguished it from all those other Avid Flyer/Denny Kitfox clones out there? It had to offer something special, and we think it does.

Pat Malone tests HeliSAS, the helicopter auto stabilisation system/autopilot. He found it nothing short of brilliant and something that ‘might one day save your life’. Pat has taken me up in a number of helicopters over the years and I have enjoyed enough stick-time to understand exactly where he is coming from. As the air flows down through its rotor disc, the helicopter is not a stable aircraft. You cannot take your hands off the controls to unfold the map or scroll through pages on your tablet. HeliSAS, capable of flying the aircraft more precisely than a human, offers enormous benefits.

Finally, for those dreaming during these short, cold winter days of being beside the seaside, we have Nick Bloom’s profile of cheery Clacton, one of my favourite flying destinations.