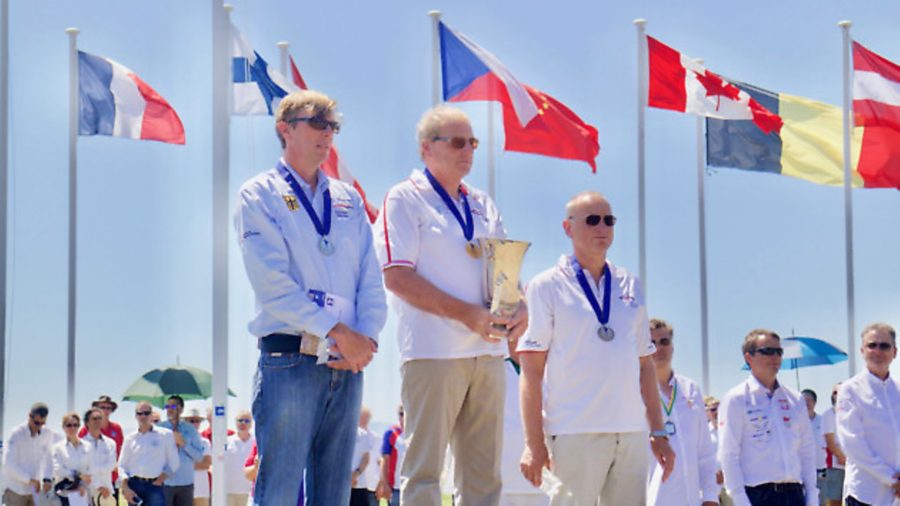 More than 100 pilots from 27 countries took part in the two-week competition, held in rural Australia

Russell Cheetham, of the Gliding Centre at Husbands Bosworth Airfield, is the new World Open Class gliding champion after a close finish to the 34th FAI World Gliding Championships.

He beat Germany’s Michael Sommer by fewer than 13 points out of 6,562 to clinch the title, adding to his two European Championship wins.

Despite poor weather throughout the competition, which was held from 8-22 January at Benalla in the Australian state of Victoria, the British Gliding team achieved great success, coming away with four medals. Andy Davis joined Cheetham on the podium by coming in third in the Open Class, Mike Young won bronze in the 18m class and Great Britain topped the World Team Cup rankings.

‘It’s my first FAI World Championship medal of any colour, so I’m unbelievably pleased,’ said Cheetham. ‘I was fourth in the last two world championships, which was very disappointing. It was unbelievably close and I really have to thanks Andy, my teammate. This is our second championship flying together and the result proves that it works.’

Cheetham and Davis remained extremely consistent during the marathon events, with each tasking covering hundreds of kilometres, but it still came down to the final race. It was not helped by weather forcing competitors to start their runs late.

‘The flight was really tricky. We knew we were starting too late, but we thought it was important to fly in the same time window as the German pilots,’ said Cheetham.

‘I knew Michael had started two or three minutes behind and he spent the whole flight slowly catching up. He got into our gaggle, but it turned out that he needed [to gain] four minutes and it wasn’t enough.’