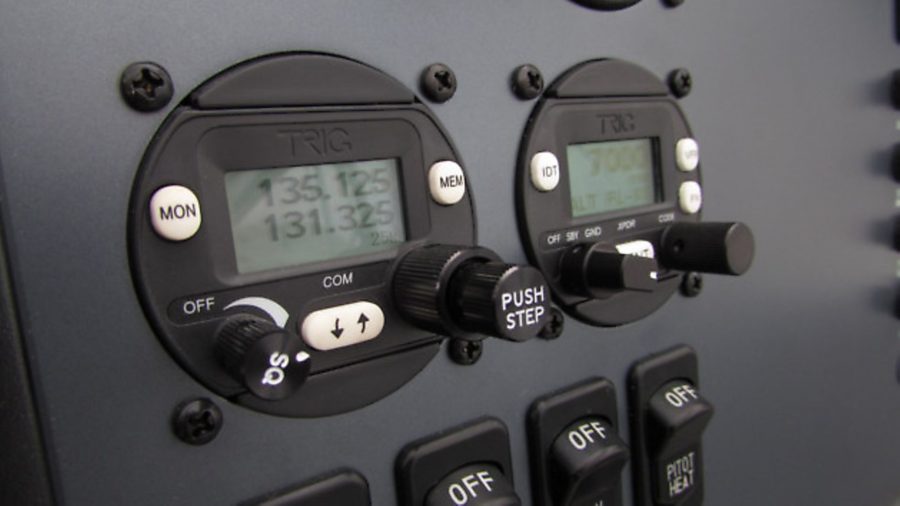 Like it or not 2017 is going to be the year of making the transition to 8.33kHz radios. Pilot editor Philip Whiteman asks avionics specialists and manufacturers what this means for you

This should come as no surprise. As Jon Roper of leading UK manufacturer Trig points out, “Commercial aircraft have been operating across Europe with 8.33 for over twenty years, so the roll out to GA was perhaps inevitable. Limited channel capacity and lack of VHF bandwidth are genuine issues in many parts of Europe and 8.33 spacing is the way Eurocontrol and EASA are fixing these problems. This transition has been coming for some time ? for example it has been illegal to sell non 8.33 equipment for two years.”

The trouble is that, as with so many other things in GA, “there is far too much rumour going around” ? an observation from Mike Pettican of LX Avionics. He goes on to say, “It seems that many simply believe there will be a last minute change in the rules. The issue here is that this is EU law, not national regulation and it cannot be changed by EASA member states. There is a huge void in communications between the authorities and aircraft owners and operators.”

Light Aircraft Association CEO Steve Slater has been involved in discussions with the CAA and is well placed to give chapter and verse on the situation. “The fact is that all radios used in aircraft from 1 January 2018 must be 8.33kHz and the only exemptions will be seven or so frequencies, such as 121.5, safety, gliding and balloon frequencies, which will be available for a further transition period. No other 720 channel 25kHz radio use after that time is legal.”

How many aircraft will have to be refitted? There are 12,000 or so light GA aircraft on the UK register, according to Mike Pettican, and around 8,000 still need to change to 8.33.

It is not just British aircraft affected. “Across Europe there are reckoned to be around 50,000 GA aircraft, gliders and untralights that need to equip with 8.33 radios,” adds Jon Roper.

Yet some equipment may already be capable of 8.33 operation without users knowing it, as Kevin Churchill of aircraft maintenance specialists Airtime stresses. “Before going off and replacing avionics, check first that what you have is not able to be reset. Many people think that equipment such as the Garmin GNS430 needs to be re-chipped. Even older models of Garmin GNS430 can be 8.33 capable and just need a change in settings.”

A large number of aircraft will still have to be fitted with new units, so I asked manufacturers, maintenance organisations and avionics specialists what kind of costs owners of the most common single-engined GA types would be facing.

“This depends on the equipment selected,” says Jon Roper. “Our TY91 compact radio sells for around £1,075, excluding tax and our TY96 stack radio is around £ 1,750, excluding tax. Installation costs are always hard to pin down as the condition of the existing antenna, wiring and rack are factors.”

“For LAA Permit aircraft and gliders we estimate change to cost between £1,200 and £1,300,” says Mike Pettican. “For certified EASA aircraft, where a licenced avionics engineer needs to carry out installation, we would suggest a figure of between £1,600 and £2,500 for basic comm replacement, £5,000 for Nav/Comm replacement.”

Brian Cook of Bournemouth Avionics says costs will vary, starting for certified aircraft at about £2,000 plus VAT for the panel mounted Trig TY96 VHF. Bu it could be a NAV/COMM set is more appropriate to the customer, he adds, which would add to the cost.

“The basic labour cost to swap out an old radio and replace it with an 8.33kHz capable unit could be as low as £300 to £400,” says Kevin Churchill, “but it depends on what is being replaced and other factors. For example, is the old VOR/ILS indicator compatible with the new unit?”

Happily, the CAA is working on a Transition Cost Funding redemption scheme (see below). Up to twenty per cent of the cost of radio equipment and fitting will be available and ‘associated costs’ are still under discussion.

Of course, 25kHz channel spacing is not going away ? the new 8.33kHz channels are threaded in between the existing 25kHz ones. All new 8.33 radios support both 8.33 and 25kHz channels, and they automatically switch between them depending on the channel number the pilot dials in. “There are several applications, such as multi-site transmission systems using offset frequencies, where 25kHz channels continue to be the best choice,” says Jon Roper.

“The airband VHF environment will therefore always have a mixture of 8.33 kHz and 25 kHz channels. If you only ever wanted to speak to 25kHz stations, you might hang onto an old 720 channel radio. The problem is that only those multi-carrier services and a few internationally agreed safety channels (like 121.5) are likely to remain on 25kHz channels, and many ATC and Air/Ground stations will move over to 8.33 ? a lot of changes are pending, waiting for the mandate deadline. If you don’t have an 8.33 radio you will not be able to communicate with them.

“Because the 8.33kHz channels are in the same spectrum as the old 25kHz channels, you can still pick them up on a 720 channel receiver tuned to the nearest 25kHz channel. Of course if you are lucky (or unlucky, depending on what you were trying to do) you will be able to hear two or three channels at once!

“The problem is that you won’t be able to speak back to them reliably, because there is no expectation that your transmitter is aligned to their receiver ? even for those channels where the nominal frequency is the same, since 25kHz radios are allowed a much wider transmit frequency tolerance than 8.33 kHz radios. Remember that this affects not only the ground station, but also other pilots on the 8.33 kHz channel who will not hear your transmissions, whilst those on an adjacent channel might hear them unexpectedly. You really do need an 8.33 kHz radio!”

Are you eligible for the Transition Cost Fund?

All radios must be ETSO, TSO or LA3-approved. Fitted radios and handhelds will be eligible. Radios must have been purchased between 16 February 2016 and 31 Dec 2017. Applications will require a receipt as proof of purchase and evidence that the radio is correctly licensed: fixed installations will require an Aircraft Radio Licence and handhelds require an Aeronautical Transportable Radio Licence. The fund does not include radios used by Ground Station Licence holders.