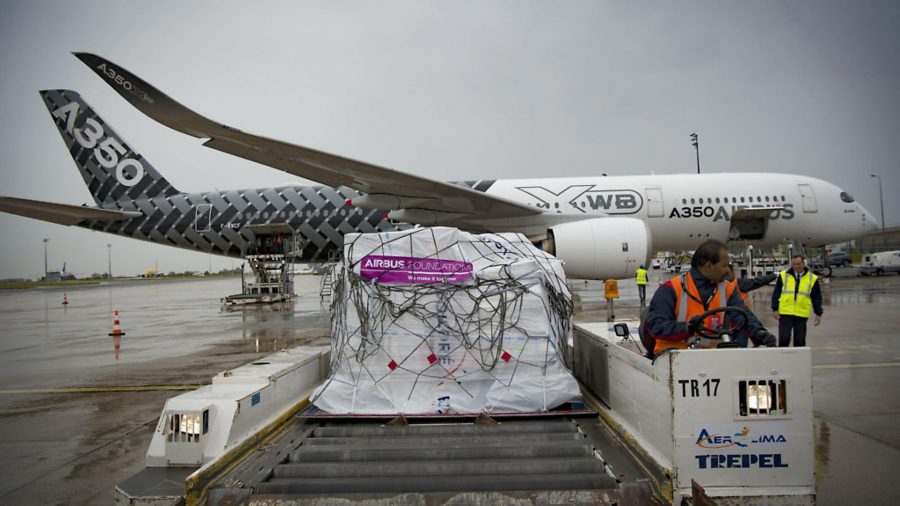 On September 13 The Airbus Foundation and the French Red Cross sent an Airbus A350 XWB test aircraft with 30 tonnes of emergency goods and 84 medical personnel from France, to Pointe-à-Pitre, Guadeloupe.

The relief equipment consisted of generators, water sanitation machines, solar lamps, beds, and mosquito netting. These are destined to the victims of hurricane Irma on the islands Saint-Martin and Saint-Barthélémy and for later distribution to multiple islands in the Caribbean.

“We’ve all seen the devastation left in the wake of hurricane Irma and I speak for everyone at Airbus in wishing those who have lost so much a speedy recovery,” said Fabrice Brégier, Member of the Board of Directors of the Airbus Foundation and President of Airbus Commercial Aircraft.

“Providing swift relief is the least we can and must do. I thank our partners involved in this project for their logistics support and their dedication. Without their tremendous efforts, this special mission would not have been possible.”

The aircraft left Toulouse in the morning of 13 September to fly to Paris Charles de Gaulle to load 30 tonnes and 84 medical personnel provided by the French Red Cross.

In the aftermaths of hurricane Irma several products of Airbus have been deployed by governments to bring relief to the devastated region: The German, British and French governments have used the A400M to transport emergency goods and personnel on three A400M to the Caribbean, the German Airforce sent an A340 to Florida bringing technical and logistical relief equipment.

Furthermore, satellite imagery has been provided to disaster response organizations via the International Charter on Space and Major Disasters.

Airbus Aerial is providing insurance companies free initial access to its library of aerial base maps and data analytics of the affected regions to speed insurance claim processing. Helicopter operators in the area have been contacted and are ready to perform assessments and other missions upon request.