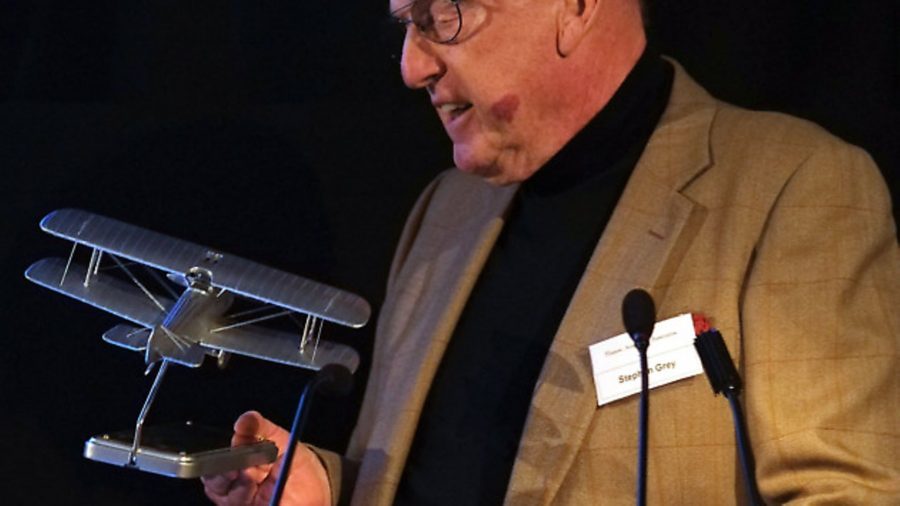 The trophy is awarded annually to an individual who is considered by the membership of the HAA to have made an outstanding contribution to British historic aviation. Long involved in flying historic aircraft, Stephen established The Fighter Collection over 25 years ago. ‘The commitment he has made over nearly four decades has provided the UK Warbird movement with a core of heritage aircraft that is barely matched by other organisations,’ reports HAA member Richie Piper. ‘The establishment of the Flying Legends annual air show at Duxford is testimony to the contribution Stephen has made in bringing WWII fighters to the public for the appreciation and admiration of all. ‘Stephen is continuing to promote and manage Flying Legends. It is hoped he will go on enjoying his beloved Bearcat and… savour the scale of what he personally has achieved.’