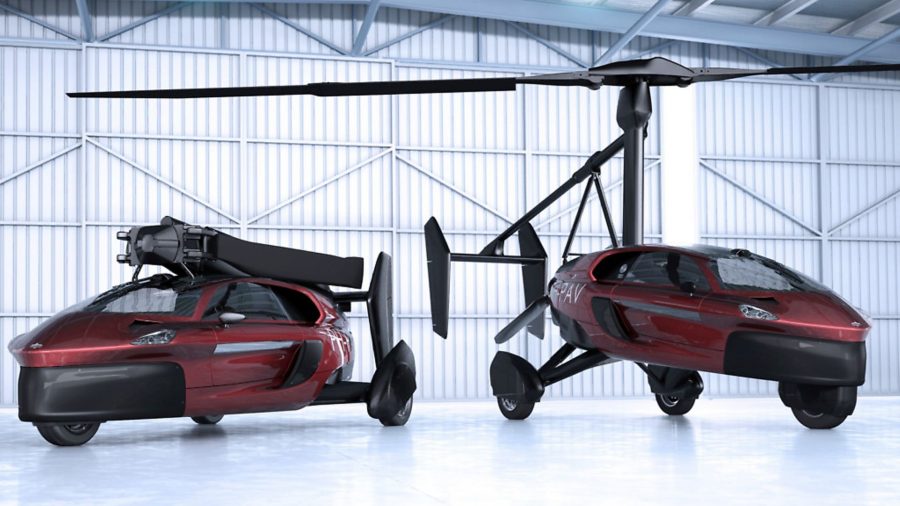 Between July 16 – 20 the PAL-V will be found in hall 4 at stand 4100 and on the between July 21 – 22 the PAL-V can be found in the static display area at the latest edition of the Farnborough Airshow. It’s the very first time that the PAL-V Liberty has been present at an airshow in the UK.

Over the last few years, PAL-V concentrated all efforts on perfecting its design and setting up the production process and supply chain. Dingemanse is now proud to state that with the PAL-V Liberty, he and his team have successfully brought The Netherlands back into the league of aircraft manufacturers.

Robert Dingemanse, CEO of PAL-V, stated: “The production model is the moment of truth. The moment where the wall between fiction and facts is torn down.

A production model is the last stage in the R&D process before starting full production and delivery.

All certifications required for commercialization will be granted on the basis of this production model. It’s the pivotal point that separates pioneers from dreamers.”

The certification not only guarantees the safety of the flying car but also is the approval that the vehicle can be driven on the roads and flown in the air.

Dingemanse said: “Once full certification is granted in 2020 we will hand over the keys of the PAL-V Liberty to our first customers.”

The PAL-V Liberty is currently going through the last step of the certification process: compliance demonstration.

“It takes a lot of testing to prove that the PAL-V Liberty complies with the regulations,” said Mike Stekelenburg, PAL-V’s Chief Engineer.

“Our design philosophy of complying with existing road and air regulations saved us many years in time to market. Instead of opting for a flying car concept on the basis of not yet existing or immature technologies, requiring new regulations, we deliberately chose to design, engineer and manufacture a flying car with proven technologies.

In the meantime, PAL-V’s pioneer clients are building experience at flying schools around the globe in preparation for deliveries commencing in 2020. For them, door to door fly-driving is closer than ever.

Pilot Magazine’s special feature on this ‘flying car’ appears in the August issue, on sale from 18 July