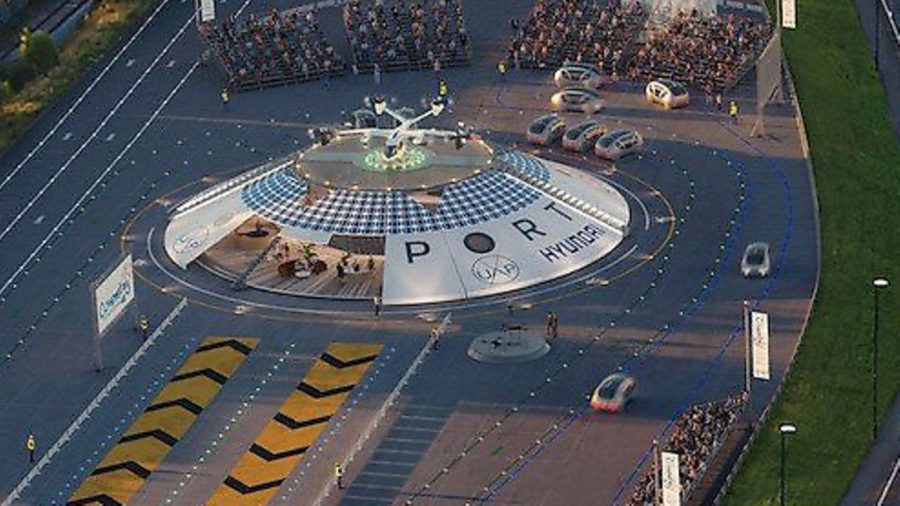 The Hyundai Motor Group, Coventry City Council and the UK Government have partnered to launch what is claimed to be the world’s first eVTOL hub, to be called Air One. The site is intended to be a hub for demonstrating electric Vertical Take-Off and Landing (eVTOL) aircraft, such as air taxis and autonomous delivery drones, to carry people and cargo across the area in the coming years. The site will not be devoted to aerial transport only, but is envisioned to ‘seamlessly integrate with electric vehicles and sustainable public transport on the ground’. Urban Air Port, a company that develops fully autonomous zero emission infrastructure for future air mobility, will lead the programme.

The Air One project was selected as a winner of the UK government’s Future Flight Challenge to develop aviation infrastructure and systems that enable the next generation of electric and autonomous air vehicles. NASA predicts that urban-air mobility (UAM) in the US alone could reach a market value of £375b in the near-term (about one sixth of the UK GDP), but the agency also states that a significant barrier to market growth is currently the lack of infrastructure.

The physical footprint of an Urban Air Port is expected to be sixty per cent smaller than a traditional heliport (the most comparable existing infrastructure) and it will be designed to complement other modes of sustainable transport by acting as a hub for electric vehicles, buses and scooters.

Gary Cutts, Director of UK Research and Innovation Future Flight Challenge, said that the project “will help to position the UK at the vanguard of electric urban air mobility”. Coventry was chosen as the first site due to its strategic location at the heart of the UK ‘population corridor’ that runs from London to Manchester.