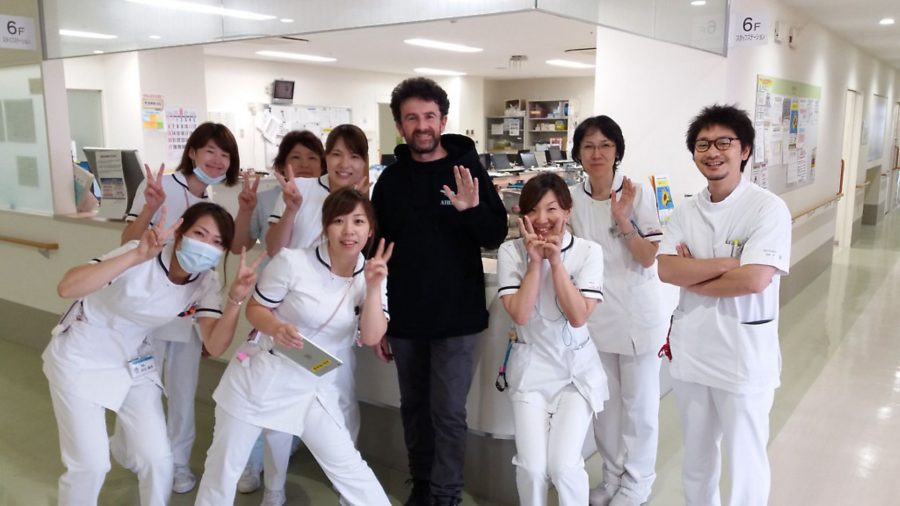 Before the accident that severely damaged his aircraft and injured Colin he had planned to fly across Japan, Macau or the Philippines, Thailand, Myanmar, India, Pakistan and Iran before heading for Europe and home.

In a message to Pilot Colin says ‘I did say in an article that if I didn’t screw up, the engine didn’t quit and the Japanese got their act together, I could see no reason why I couldn’t now make it… So the engine quit.’

Colin says the the engine failure was caused by ‘a massive fuel leak three hours and fifteen minutes into the flight. I smelled fuel and in five minutes it emptied the tank of thirty litres of fuel and enough for an hour and a half of flight time, over the mountains. It looks like the leak was from the engine-driven fuel pump. The engine is… fifty hours next to new and there is no reason for this fault.

‘It has nothing to do with sitting out at Niigata for seven months either’ — online pundits had been quick to diagnose this as probable cause — ‘and the fault was not present [in] all the inspections I gave the plane… There was nothing I could do and only had twenty minutes left to destination. I thought it would make it, but no.’

At the golf course he landed on there were five tiers of 100 yard sections of fairway that bounced his homebuilt KR2 Itzy back into the air, denying Colin any chance to brake effectively. ‘In the end, as the club house approached, I was still travelling at some fifty mph and had to force the plane into the ground.’ It was this that resulted in the aircraft being extensively damaged and Colin seriously injured.

Online donations paid for Colin’s medical treatment in Japan. ‘I am shocked by the generosity shown. There is enough in the kitty to get the plane back home and probably rebuilt… with money left to go to a flying charity… I have 420 thank you letters to write now!’

Colin has the all-clear to return to work and is planning to rebuild Itzy as soon as Japanese officials release the wreckage.

For the latest updates on Colin’s adventure visit his site.