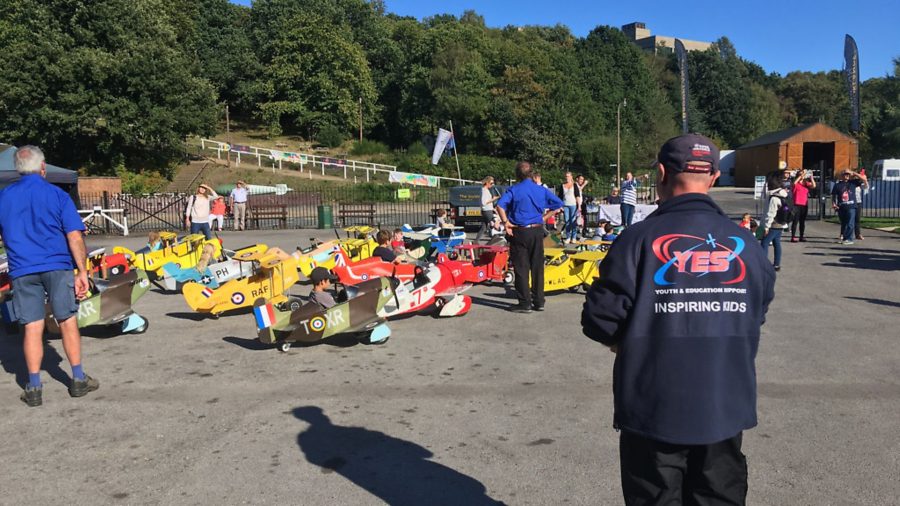 Brooklands Museum, birthplace of British motorsport and aviation was the perfect setting to gather the largest collection of pedal planes the world has ever seen

The previous record achieved by the Americans at Oshkosh earlier this year was beaten by a healthy margin. In all 31 pedal planes made it to Brooklands on Sunday 16th September.

The achievement was organized by Andre Faehndrich and the Joystick Club of White Waltham. Members of YES were also there, working together with Brooklands and other organisations, to inspire young people and promote an interest in aviation.

It was a great event that included engine runs by some of the museum’s aircraft and a fly in by members of the de Havilland Moth Club in Tigers and a Gypsy Moth.

Brooklands hope lots of kids will remember it because they had great fun flying around the circuit in front of the Brookland Club house.