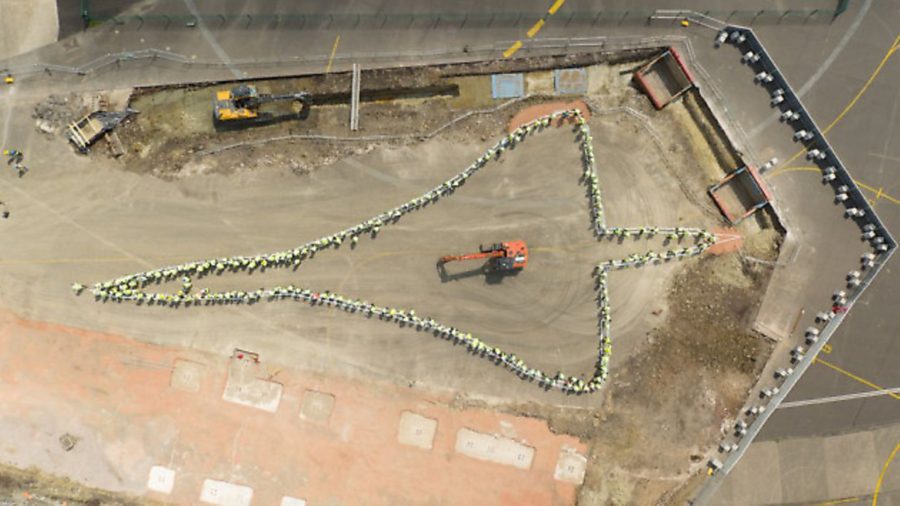 Work has begun to create a permanent home for the last Concorde to take to the skies. The jet has been waiting on a runway in Filton after finishing its farewell flight over its home city of Bristol in 2003.

Pilot Les Brodie, who piloted the craft for the final time in 2003, said now everybody can see and appreciate the “wonder of Concorde”.

Concorde 216 will be celebrated as the centrepiece of the new Bristol Aerospace Centre, which will also be exploring the development of aviation.

The £16m museum will be built around a listed WW1 hangar and will include a purpose-built exhibition hall for the jet.

The director of the Project, Lloyd Burnell has said the building being built to house Concorde should be completed in about March 2017.

He said it was “great to see diggers on site” and added that construction on the main steelwork structure would commence in a month to six weeks’ time.

“It’s about 90 metres long, about 40 metres wide and about 16 to 20 metres high, so it’s a really massive building to contain Concorde,” he said.

Les Brodie, who flew Concorde 216 into Filton for the final time in 2003, said it was a “big day”, stating: “It’s going to be wonderful to see the aeroplane under cover eventually next year. It’s been sat out all these years, since November 26th 2003 when we landed here.

“It’s good now to know that it’ll be under cover and accessible to the public as well. Now people can come and see the wonder of the Concorde.

“It’s a unique means of transport and it hasn’t been followed since in all these years.”