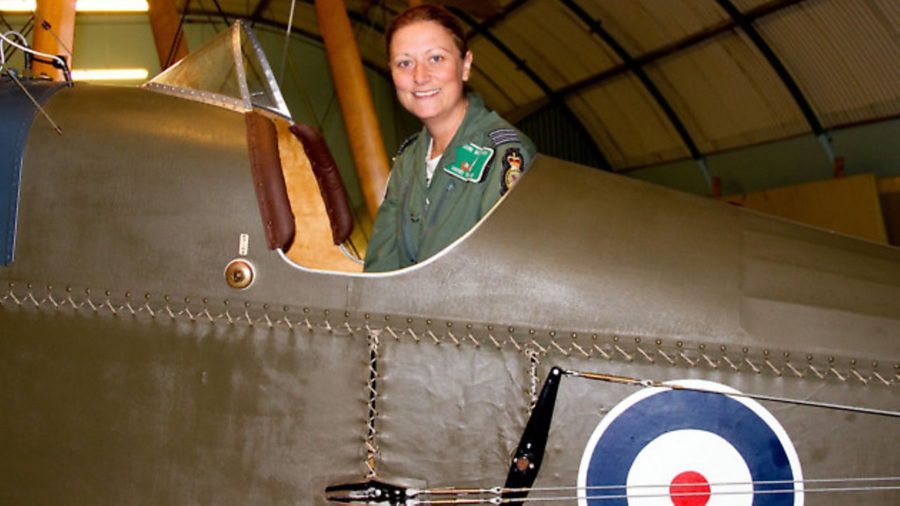 Based at RAF Marham, Nikki Thomas is responsible for over 200 flying and engineering personnel under her command. The audience in the Airmen’s Mess listened intently to Nikki Thomas’ fascinating account about training, career progression, and selected details of recent past operational deployments overseas.

During the question and answer session, mention was made of a low-level 600 mph run at 250 feet to disperse Taliban members who were launching rockets into Camp Bastion. Nikki was very matter of fact about the ever present danger of being shot down on these missions. After the talk Nikki was presented with an engraved plaque by one of the aerodrome’s volunteers as a memento of the visit, together with a framed photograph of the Tornado squadron emblem.

Nikki was also taken on a guided tour of the buildings and vintage aircraft, including a BE2e biplane based at the aerodrome. The BE2e is a late production original airworthy aircraft, built in New Zealand by The Vintage Aviator Ltd, and operated in the UK by The WW1 Aviation Heritage Trust. This served to emphasize the 100 years difference in technology between the BE2e and the Tornado.