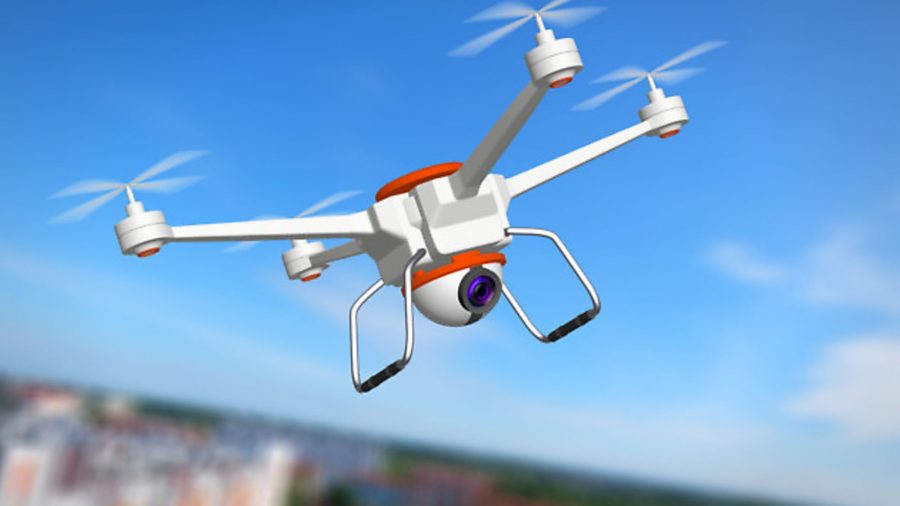 Drones are amazing creations, aren’t they? Capable of assisting with law enforcement, search and rescue, cargo transport and even film making. Their capabilities are almost endless – however, there are always people that will take advantage of these capabilities.

Drones have been making the news more and more recently – and not in a good way. There have been reports of them flying too close to other aeroplanes and endangering the safety of pilots and passengers. They have crash landed into crowded sports stadiums, and even landed illegally on the White House lawn. An American man recently used his shotgun to shoot down a drone from his back garden after he believed it was being used to spy on his sunbathing daughter.

So, in the absence of a shotgun how is one supposed to stop a misbehaving drone? Students at Michigan Tech University think they have found the answer after developing a drone that is able to fire a net up to forty feet to capture smaller drones. Once captured in the net the rogue drone is delived safely to the humans who are waiting safely on the ground below.

Michigan Tech’s Octocopter isn’t the first to utilise nets in order to catch unmanned vehicles. The police force in Tokyo have their own to enforce no-fly zones around the city, and similar drones were built by the South Korean military to fend off drones sent by North Korea. Although, the net-wielding drones in those cases seem more intent on obliterating their target rather than capturing.

Developers say the drone can either be flown autonomously or by up to two individuals, and the net is cast quickly enough so that even the fastest and most agile drones struggle to outrun it. Once the smaller drone is ensnared, gravity takes over and the net swings below the capturing one, allowing for retrieval.

Michigan Tech associate professor Mo Rastgaar and a team of three students developed the drone; and they intend to file patents. Rastgaar foresees it having a future in law enforcement, being used to take down unlicensed or unregistered drones.

“What makes this unique is that the net is attached to our catcher, so you can retrieve the rogue drone or drop it in a designated, secure area,” he says. “It’s like robotic falconry.”

No word on when Rastgaar’s capture drone will be available or how much it will cost at this stage, although it appears that the octocopter will not be intended for use by the public. Besides law enforcement, the capture drone is expected to find uses in anti-spying, anti-terrorism, and anti-smuggling operations.