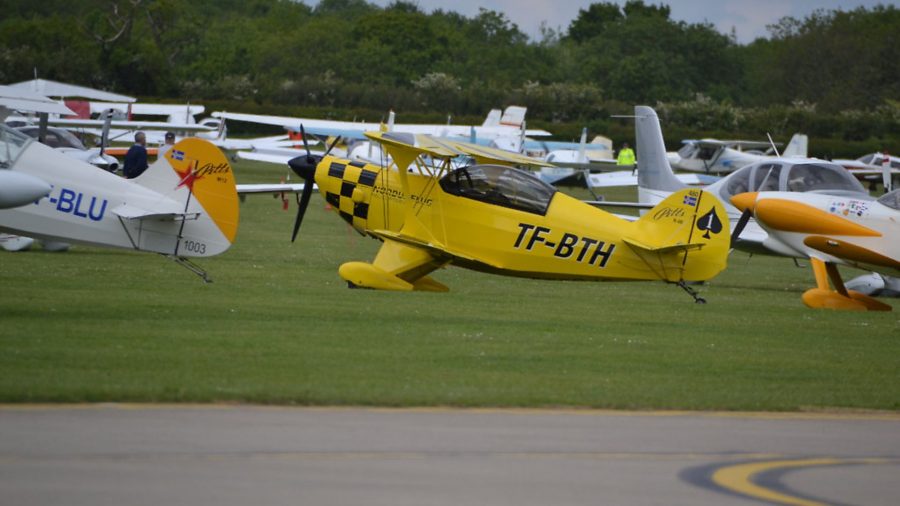 – Up to 1,000 light sport aircraft of all shapes and sizes due to fly in to Northamptonshire airfield over 3 days

– Aviation Minister Baroness Sugg will visit Rally on Friday 31st August. Will ‘pull a rivet’ with aircraft builder Patricia Mawuli Porter, to help in construction of light aircraft. (Circa 13.00 hrs)

– Grant Shapps MP to speak to LAA members on the role of the All-Party Parliamentary Group on General Aviation.

– Guinness world record attempt as visiting aircraft leave for home on Saturday afternoon. Aiming for more than 120 take-offs in a single hour.

– Displays of aircraft include aircraft from earliest years of flying including WW1 types, as well up to six brand-new aircraft making their debuts.

– Also on display are aircraft from Schools Build-A-Plane projects, and an area devote to Young People’s Aviation Art, encouraging younger visitors to draw their “Dreams of Flight” for an international competition..

Below is a break down of the different events in the speakers’ corner:

14 – 15: GRANT SHAPPS THE ALL PARTY PARLIAMENTARY GROUP FOR GA

16 – 17: MARTIN FERID TOURING WITH YOU AEROPLANE

13 – 14: MARTIN FERID TOURING WITH YOU AEROPLANE

The UK Light Aircraft Association is Britain’s biggest sport flying organisation with over 7,600 members, who fly over 2,700 different aircraft ranging from vintage types to state-of-the-art homebuilt types. The Association’s motto is ‘Flying For Fun’ and far from being merely a rich man’s sport, the Association is dedicated to affordable flying with many aircraft at Sywell costing less than a second-hand car.

The LAA Rally is Britain’s biggest annual fly-in event, combining a trade show, exhibition area and static aircraft displays. It is not an air show, but with typically over 400 aircraft on site each day, it is a mecca for aircraft enthusiasts from all over Europe, who take the opportunity to get up close to the aircraft in a manner not normally possible at formal air shows.

Admission to the event costs £12 for non-LAA members. Parking is free.