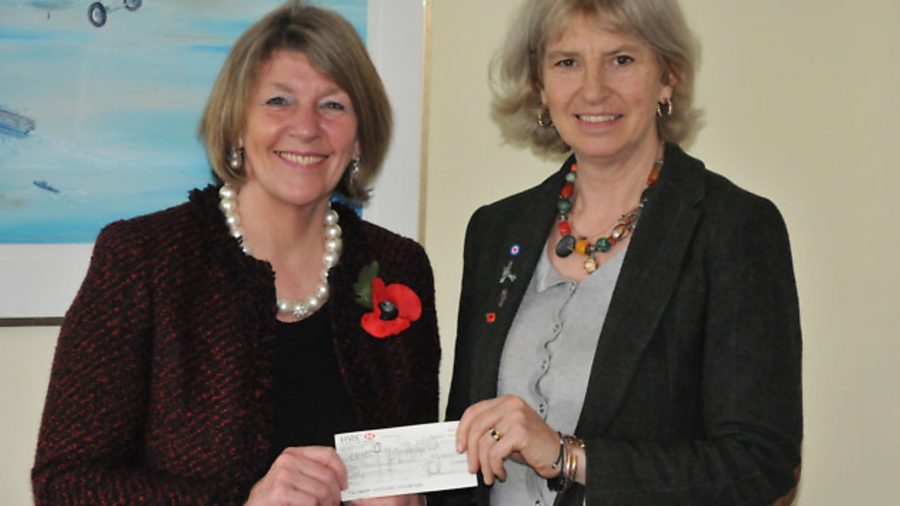 Famed aviator Eric Brown has flown more aircraft types (487) than any pilot in the world and also holds the world record for deck landings, having made no less than 2,407 during his WWII service in the Fleet Air Arm and subsequent career as a test pilot. “He held the packed club house spellbound as he spoke of his remarkable career pioneering many of the aviation technologies that have given the UK aviation industry a world leading reputation,” WLAC member Chris Royle tells Pilot.

“However, it was Eric’s death-defying courage flying captured German aircraft at the end of the war and his moving account of helping to liberate Belsen concentration camp that was a highlight of the evening. Eric, who is fluent in German, described the role he played in bringing the camp commanders to justice, interviewing the notorious Irma Grese and Nazi leaders Heinrich Himmler, Josef Kramer and Hermann Goering. ‘I have to admit, the sights I saw in that camp still haunt me today. People say I am courageous but earlier this year I returned to Belsen with the Queen to meet survivors – and they are the ones with the real courage,’ said Eric.”

Eric received a standing ovation at the end of the evening and was thanked by West London Aero Club member Keith Knowles for his “outstanding service to aviation and the country.” Keith, the Managing Director of Beds & Bars made a significant donation himself on the evening, matching the figure raised in ticket sales and giving an auction prize.

At a ceremony held at White Waltham on 7 November the cheque was presented to Commander Sue Eagles, the Fly Navy Heritage Trust’s Campaign Director by Catherine Smith, Managing Director of the West London Aero Club.

The Fly Navy Heritage Trust relies on public donations to support its work in preserving and flying a collection of rare and historically significant naval aircraft and promoting the nation’s naval aviation heritage. The Fly Navy Heritage Collection, which is based at RNAS Yeovilton, Somerset includes two iconic Fairey Swordfish, triumphant in the Battle of the Atlantic and Taranto and against the mighty Bismarck; two Hawker Sea Furies and two classic Fleet Air Arm jets: the Armstrong Whitworth Seahawk and de Havilland Sea Vixen, the only example of this type still flying. Further Information: www.fnht.co.uk