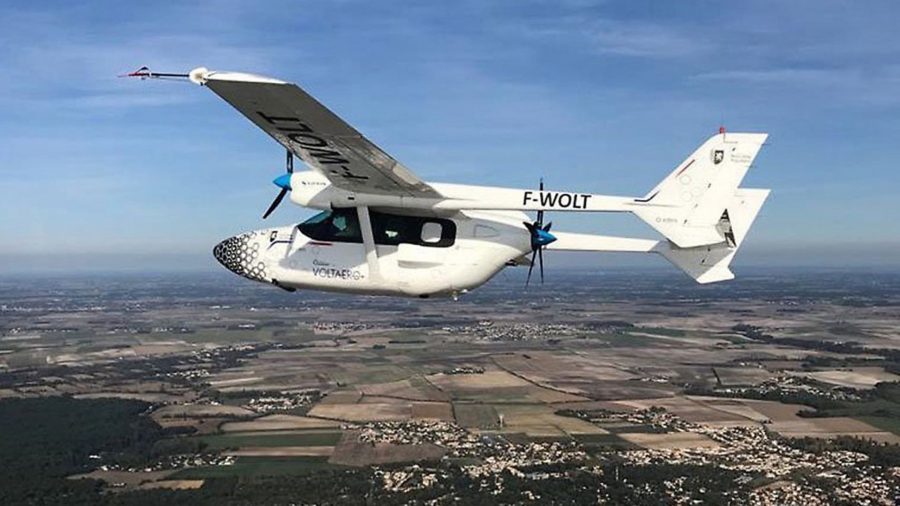 French company VoltAero has flown its hybrid-electric demonstrator for the first time. Called Cassio, the aircraft is based on a Cessna 337 (the same type used by Ampaire Electric as the basis for its ‘Electric EEL’) and made its maiden flight from VoltAero’s Royan-Médis Airport home base in southwest France.

Cassio’s hybrid-electric power module combines three 60kW (80hp) high-performance electric motors, arranged in a triangular configuration?two tractor units on forward extensions of the tail booms, one pusher between booms?with a 370hp internal combustion propulsion engine/generator. In normal operations, the electric motors will be used for low-noise takeoffs and landings, with the internal combustion engine serving as a range extender and for recharging the Cassio’s batteries while aloft. However, the series/parallel design of the hybrid power system means it can operate in modes from full electric to full hybrid, depending on the mission profile and range requirement. The electric motors and internal combustion engine are linked to a common shaft that drives a five-blade pusher propeller, allowing them to operate together or independently.

VoltAero is also working on a larger aircraft, the Cassio 600, that would feature a total hybrid-electric power of 600kW (800hp), giving the ten-seat aircraft a projected cruise speed of 200kt.