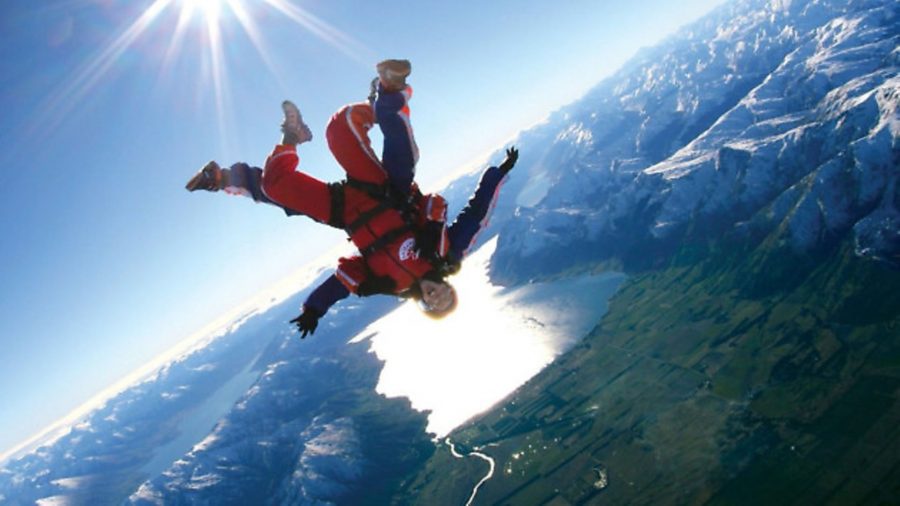 Warbirds Over Wanaka has teamed up with the award-winning Skydive Wanaka who are offering ten visitors the opportunity to be part of a tandem skydiving display during the airshow next Easter.

Warbirds Over Wanaka General Manager Ed Taylor says this is a truly unique opportunity. “We wanted to do something which gave our visitors the chance to be part of an actual aerial display and came up with this idea which Skydive Wanaka jumped at – excuse the pun,” says Ed.

“Doing a skydive is one of those bucket list things for many people, but doing it in front of tens of thousands of people at an internationally recognised airshow takes it to a whole new level and will give them bragging rights for a long time,” says Ed.

Skydive Wanaka General Manager Blake Mason says they’ve always been big supporters of Warbirds Over Wanaka International Airshow. “The event is recognised as one of the best Warbirds airshows in the world and at Skydive Wanaka we are always striving to be up there in terms of the experience for our visitors. Having the opportunity to show off the skills of our tandem jump masters is a great opportunity for us,” says Blake.

Warbirds Over Wanaka International Airshow is being held at Easter 2016 (March 25th, 26th, 27th with Rides Day on March 28th).