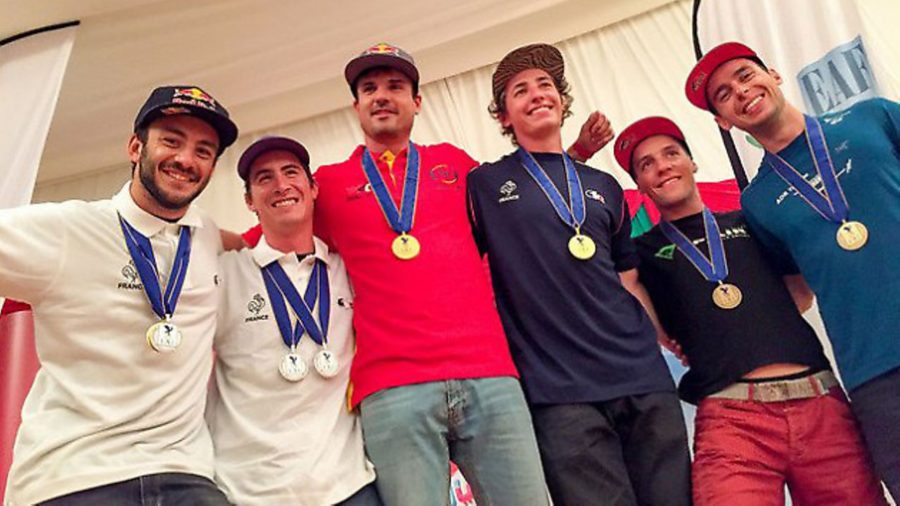 US competitors were the early leaders as the 2015 FAI World Air Games in Dubai was forced to take a reprieve due to inclement weather on Monday.

They had a total of ten medals, including five golds, three silver and two bronze following the first seven days of the competition. The UAE were the surprising challengers in second place. This was largely due to Cornelia Mihai’s three medals that included one gold and two bronze, with Abdulbari Qubaisi adding a bronze medal when he was placed third in the Freestyle Canopy Piloting on Sunday.

Leading the US domination at this edition of WAG was Curtis Bartholomew and Nick Bachs as they accounted for all five gold medals in various disciplines of Canopy Piloting.

Meanwhile, due to inclement a major part of the schedule could not be held on Monday. As per the routine, parachuting canopy piloting, aerobatics solo and synchro, rotorcraft parallel fender, control line combat model aircraft and semi-scale pylon racing model aircraft had been among the disciplines planned at the Skydive Dubai dropzone for Monday.

But the increasingly windy and overcast conditions made visibility difficult, and the schedule for the World Air Games had to be re-routed as conditions were not favourable for take-off and landing.

Weather expert for the 2015 FAI World Air Games, Ahmed Ben Younis was confident there would be no delays in the completion of the various disciplines. “We have put a Plan B in place and you can be sure that all competitions will be completed as per the schedule”.

“When we were putting down the schedule for the Games we were aware that there were twenty to thirty per cent chances of the weather turning blustery with strong winds sweeping in. So we have made arrangements to ensure there are no changes in the schedule,” he added.

There were more harsh conditions predicted for Tuesday with winds and gusts going up to between 35 and 41 kilometres per hour throughout the day.

One of the prominent visitors on the eighth day of competition was Prince Turki Bin Muqrin, President of the Saudi Air Sports Federation. Prince Turki was accompanied by Dr John Grubbstrom, FAI President, Yousuf Al Hammadi, Championship Director of WAG, Majid Al Bastaki, Head of Media Committee at WAG as he toured the Skydive Dubai dropzone.