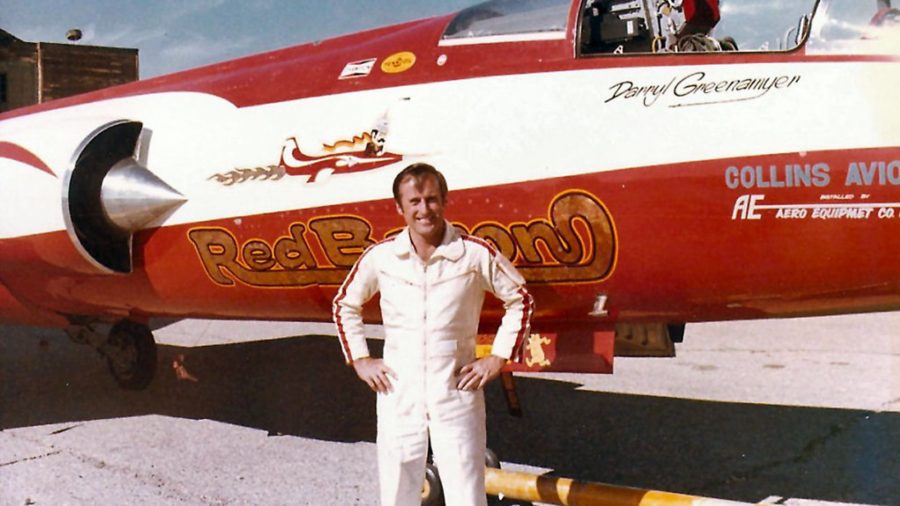 After serving with the US Air Force he joined Lockheed’s Kelly Johnson’s famous ‘Skunk Works’ as a test pilot, flying the F-104 Starfighter, U-2, A-12 and its successor the SR-71 ‘Blackbird’.

He began competing in the Unlimited Class at the Reno Air Races flying a Grumman Bearcat, gaining his first victory in 1965, and recorded five more wins in consecutive years. In 1969, after several previous attempts, he and the now much modified Bearcat Conquest 1 set a new three-kilometre piston-engined world speed record at 482.46mph.

The record had stood since 1939 when Messerschmitt test pilot Fritz Wendel achieved 469.22mph in the experimental Me 209 V1. The Bearcat, wearing its final American Jet colours, is preserved in the National Air & Space Museum in Washington, DC.

In 1977 Greenamyer set an FAI three-kilometre speed record for jets flying his modified Starfighter Red Baron at 988.26mph. He had assembled the aircraft over a 13-year period, mostly using parts scavenged from scrapyards.

A year later, while practising for a planned attempt on an FAI altitude record, Red Baron’s landing gear failed to lock down, he ejected and the aircraft was destroyed. In 1994 he headed a team trying to recover the B-29 Superfortress Kee Bird, which had been abandoned in Northern Greenland in 1947, but the aircraft was destroyed by fire while attempting to make its first take off, and once again had to be abandoned.

In 2002, Greenamyer won Gold in the Sport Aircraft class at Reno in his homebuilt Lancair Legacy, recording 328.967mph, and took the same award in the following three years.