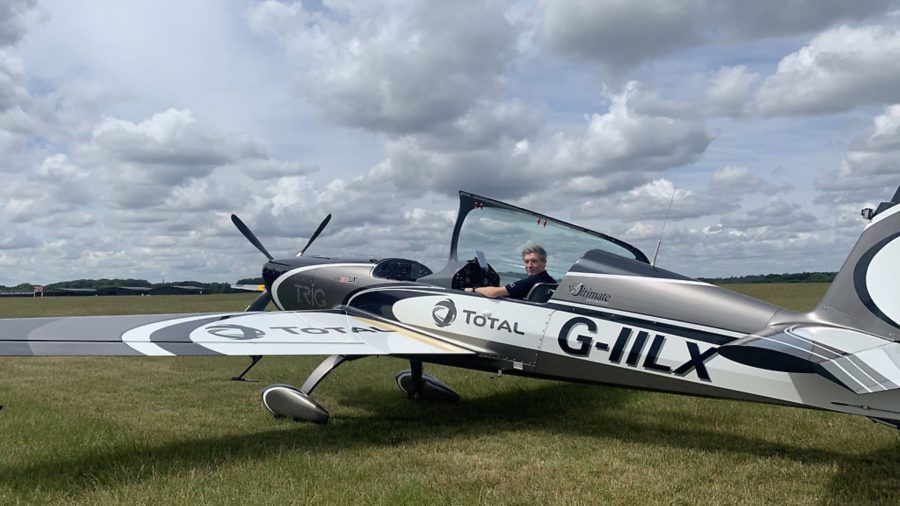 Ultimate Aerobatics, in partnership with Total UK, has chosen two pilots to achieve their aerobatic dreams with a scholarship to take them on the first step of their journey to aerobatic competition

Kerrin Dutton, 25, from Fife has almost 500 hours flying experience and is a flying instructor and is training to become an airline pilot.

“The scholarship will give me that first step on the ladder to competition aerobatics”, commented Kerrin Dutton.

“I have long had a passion for aerobatics and have an ambition to compete, display and teach aerobatics in the future. Learning the skills associated with aerobatics will ensure I am a safer pilot, at the moment Scotland does not have much in the way of aerobatic activity, but my other goal is to promote the sport throughout Scotland.”

“I have always wanted to fly aerobatics,” commented James Williams. “I have flown a number of aerobatic aircraft and always been left wanting more.

“The scholarship will give me the skills to be a safer pilot and help me in my ambition to represent Great Britain in international competition in the future.”

The scholarship will give Kerrin and James their first step on the aerobatic ladder undertaking training towards the EASA aerobatic rating which will allow them to compete at British Aerobatic competitions.

The aerobatic rating requires a minimum of five hours of aerobatic training and all training will be done in the Ultimate Aerobatics Pitts Special and Extra 330 with an instructor who has achieved British champion status.

The scholarship includes one entry to a competition and ongoing mentoring programme for each of the winners during their competition career, up to and including international competition.

Ultimate Aerobatics, a centre of excellence for aerobatic training in the UK, is run by Mike Collett who is a previous British Aerobatic Champion and member of the British Advanced aerobatic team.

Ultimate Aerobatics specialises in aerobatic training for competition with a number of their students having already tasted success in national championships.

Ultimate Aerobatics fly with Trig Avionics, Brinkley propellers and work with them and Total UK to support their work with grassroots aviation.