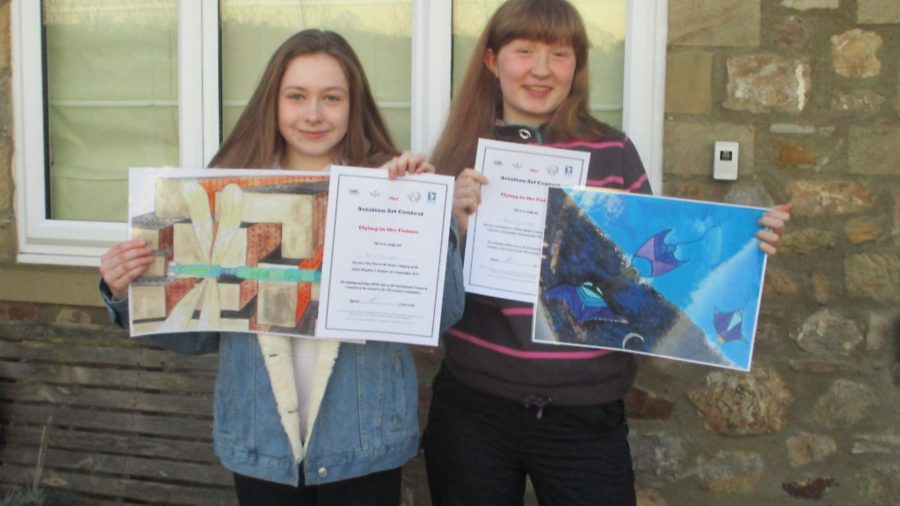 Eight UK winners were selected at the Light Aircraft Association’s Turweston headquarters following a year’s publicity for the art competition with the theme ‘Flying in the future’. For the first time the UK will be well represented at the Federation Aeronautique Internationale’s annual contest

“On 21 February a judging day was held at LAA HQ and we were fortunate to have the expert eyes of Philip Whiteman, editor of Pilot magazine, Rhody Sims, photographer, and LAA CEO Steve Slater along with Michael Turner, Chairman of GAvA, to choose the winning entries,” says LAA Competition Coordinator Anne Hughes.

“After much deliberation we selected eight entries as UK winners, from paintings sent from as far away as Truro in the South West to Kinross in the North of Scotland and points in between. The diversity of the work our young artists, aged 6-17, was demonstrated by the variety of artwork interpreting the title of the contest. Our winning entries will now be parcelled up and sent to Lausanne for the international judges to see in April and then we start the whole process again for the 2019 competition!”

The UK prize-winners for the 2018 competition are:

The UK competition is sponsored by the LAA, the Royal Aero Club, Pilot magazine and the Guild of Aviation Artists.