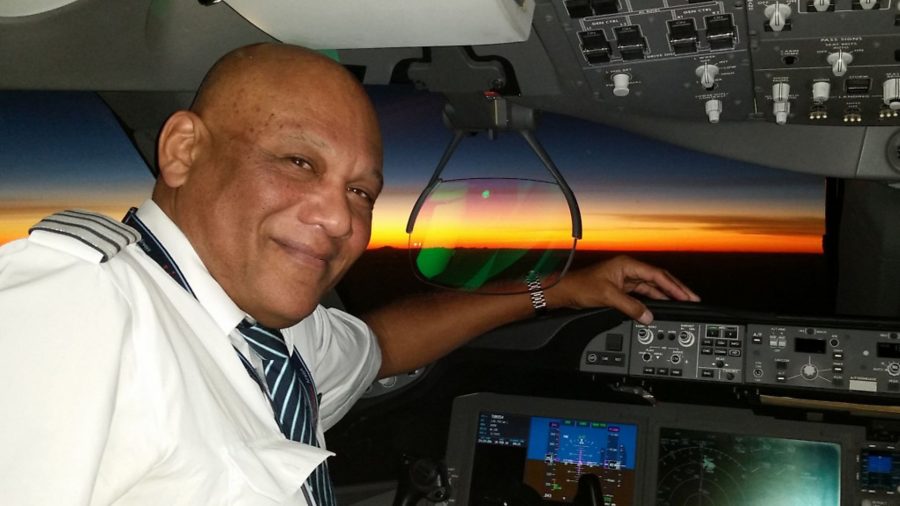 Legal papers have been served by law firm DMH Stallard on behalf of Wayne Bayley on the Civil Aviation Authority (CAA), seeking a judicial review of the CAA’s position in respect of the age related flying restriction for commercial pilots

Earlier this year Captain Wayne Bayley, a former captain with TUI Airways with nearly 26,000 hours of flying time, turned 65. Under EU Aircrew Regulations, this means he is now prohibited from acting as a pilot in commercial air transport.

Captain Bayley was a training captain for over 22 years and spent four years as a fleet manager with TUI Airways, in which role he was responsible for over 30 aircraft and associated pilots.

He has passed all medical and competency examinations during his career at an above average level. In 2013 Captain Bayley flew the first ever Boeing 787 Dreamliner from the UK to Barbados, the birth place of his father.

Non-EU countries including Australia, New Zealand and Canada do not have upper age limit restrictions on pilots; they base a pilot’s competency to fly on medical tests.

The Aircrew Regulations prevent commercial pilots from flying over the age of 59 unless in the cockpit with another pilot under the age of 60. Additionally, the upper limit of 64, which is the issue in this case, prohibits any flying even when alongside a younger pilot.

Simon Elcock, Partner at DMH Stallard, said: “Captain Bayley accepts that there is clearly a legitimate public interest in safety in evaluating and mitigating the risks of pilot incapacitation in commercial flying.

“However, he believes this risk is mitigated by the requirement of having another pilot on the flight deck under the age of 60 and appropriate medical examinations. Having a blanket ban on commercial pilots flying from their 65th birthday seems arbitrary as it does not take into account the health and fitness of the individual pilot or developments in medical science.”

DMH Stallard, on behalf of Captain Bayley, is seeking permission from the Administrative Court to proceed to a Judicial Review of the CAA and specifically to enforce the requirement that the CAA have due regard, under its statutory public sector equality duty, to the need to advance equality of opportunity to commercial pilots over the age of 64.

Captain Bayley said: “I believe that the age limit of 64 for commercial pilots is out of date. With suitable medical examinations and precautions, it is perfectly safe for pilots over the age of 64 to fly commercially with another pilot under the age of 60.

“There is also a clear benefit to the public and the airline industry in having very experienced pilots operating in the UK and this would also help to address the current shortage of commercial pilots, especially experienced training captains.”

Read more about the shortage of commercial pilots here: