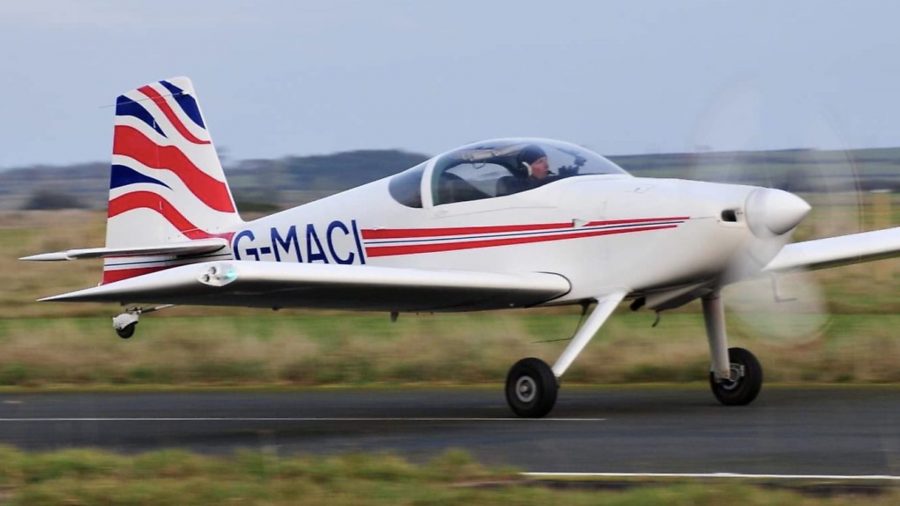 Pilots belonging to the patrol are using aircraft such as the Vans RV-7 to get supplies, spare parts and medical equipment out to where they’re needed most

Now, in response to the COVID-19 pandemic and the national emergency, a new service is the ‘pony express’ flying courier service.

This new fast delivery service is reminiscent of the original ‘pony express’ which joined the Atlantic to the Pacific, from Missouri to California, a distance of 1,900 miles, with a fast mail delivery service, before It was superseded by the telegraph and the railway in the latter part of the 19th Century.

Today’s ‘pony express’, in response to the COVID-19 pandemic, utilises light, fast aircraft, flown by pilots belonging to the UK Civil Air Patrol, to deliver critical supplies and spare parts for medical equipment on behalf of the NHS.

One such flight saw a Van’s RV-7 flown by UKCAP pilot Paul Stone deliver an electrical circuit board for a medical ventilator from Oxford to Kingston upon Hull, a distance, by road, of 192 miles. The ventilator was required to be in Birmingham the following day.

Rather than deliver this critical component by road, the Van’s RV-7, with a cruising speed of 140 knots (160 mph), completed the flight in a straight line.

After landing Paul said: “I think this provides the Government with another solution on how to transport smaller loads around the country at pace.”

In the North East, the same type of aircraft, a Van’s RV-7, also belonging to a UK Civil Air Patrol pilot, is based near Newcastle from where it can fly directly, and quickly, to all parts of England, Wales, Scotland and Northern Ireland.

Moreover, the aircraft may be flown by just one person and so is fully compliant with the Government’s instructions with regard to social distancing.

Other aircraft, also belonging to pilots and members of the UK Civil Air Patrol, are available to form a ‘pony express’ network throughout the UK.