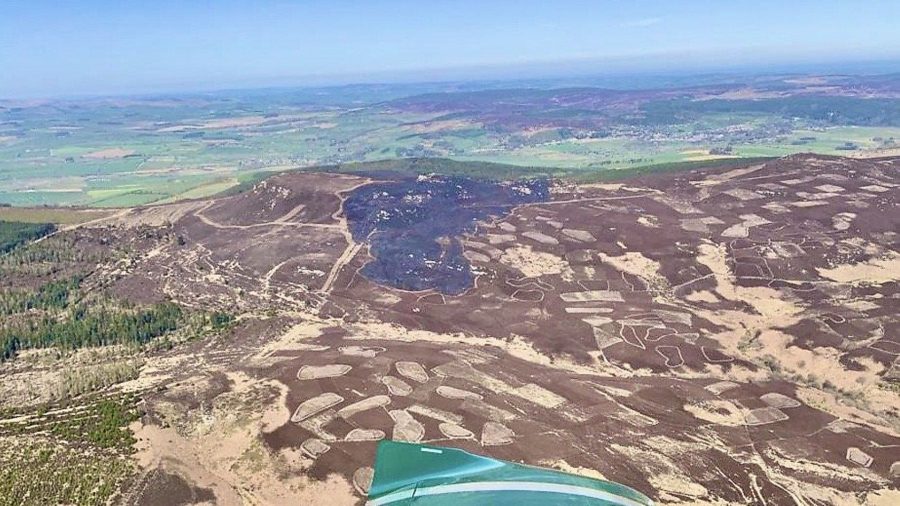 A forest fire in Northumberland of approximately forty hectares (the size of forty rugby pitches), was photographed from the air by a member of the UK Civil Air Patrol

The Northumberland Fire & Rescue Service, together with the Northumberland National Park Mountain Rescue Team, were called out to fight the wildfire on Simonside, two miles south west of Rothbury, over the Easter weekend.

The firefighters from Rothbury, Alnwick and Amble, together with members of the mountain rescue team, gamekeepers and estate staff, spent almost three days to get the fire, in the Northumberland National Park, under control.

Civil Air Patrol pilot, Storm Smith commented, “This very large wildfire has left an enormous black scar across the top of the hill”.

Wildfires, especially in remote areas, cannot be easily detected from the ground in their early stages, and are often first spotted by aircraft flying in the vicinity.