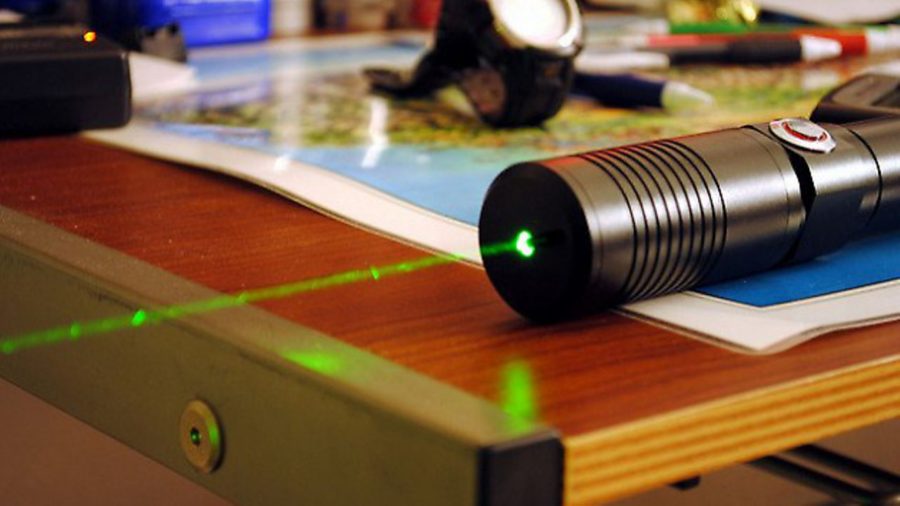 Aviation chief claims people carrying powerful laser pointers should be arrested, even if they are not using them for malicious purposes

Shining a light at an aircraft is already considered to be an offence but Andrew Haines, chief executive of the Civil Aviation Authority (CAA), has called for the law to be toughened so anyone found carrying a laser pointer can be arrested.

Mr Haines believes the misuse of lasers is a tougher issue to solve than near misses involving drones as the former are “a deliberate attempt to cause harm” and therefore a more important issue requiring a harsher punishment.

Speaking to the Press Association, he expressed his frustration at the difficulty faced when prosecuting people under the current legislation because of the need to “find the person undertaking the task and… demonstrate intent”.

“Why does Joe Bloggs walking down the street need a laser that can pop a balloon at fifty miles, that can cause permanent damage to a pilot’s eyesight?”

CAA figures show there were 1,439 laser attacks on aircraft in the UK last year. The most common location was Heathrow Airport, with 121 incidents, followed by Birmingham Airport which had 94, and Manchester Airport, which had 93.

In February, a Virgin Atlantic flight had to return to Heathrow when the co-pilot reported that he had become unwell following an attack, prompting us to ask: how dangerous are lasers and drones to the future of flying?

“People need to understand they are not toys and pointing them at an aircraft can dazzle and distract the pilot at a critical stage of flight, endangering the passengers, crew and people on the ground.”

A laser attack on a pilot has the potential to cause them to be dazzled and leave them with a persistent after-image – ultimately risking not only their lives but also the lives of the passengers on board the aircraft.

According to the journal, between 500,000 and one million laser pointers, pens, and key rings are thought to have been in circulation over the past decade.

A government spokeswoman said that anyone found guilty of shining a laser at an aeroplane could be liable to a fine up to a maximum of £2,500.

She added: “We take this issue very seriously and we continue to work with other government departments, the CAA and industry to determine how best to control the sale, use and possession of laser pens.

“We are looking to make changes as soon as possible.