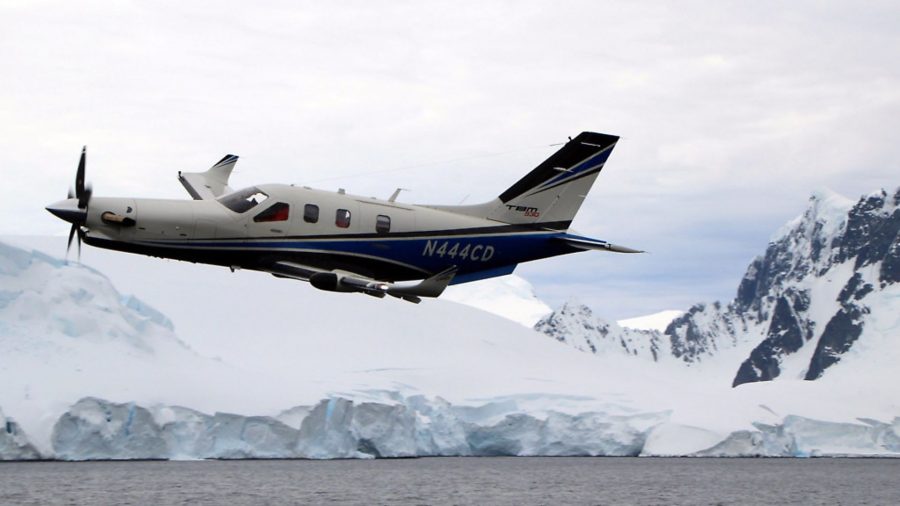 In January two owner-flown TBM turboprop singles set off on a 2,700nm journey that would take them across Antarctica and over the magnetic South Pole

Aboard Chilean pilot Sebastian Diaz’s TBM 850 were his 88-year-old father Patricio, who is one of the oldest pilots still licensed on the TBM, and his son, Sebastian Jr. The other aircraft, a TBM 930, was flown by Dierk Reuter from Chicago, accompanied by his son Alex.

They carried cameras and an Iridium GO! satellite-based tracking system, and inflight photos were posted to Instagram in quasi real-time using Iridium messaging and software created by Reuters.

Next day they continued to the British Antarctic Survey Sky-Blu base, 807nm southwest, and reached the 75° South latitude turning point before returning to King George Island.

“But it doesn’t tell the story about a pilot’s feeling to fly over the South Pole. The TBM is an awesome aircraft to explore the globe!”