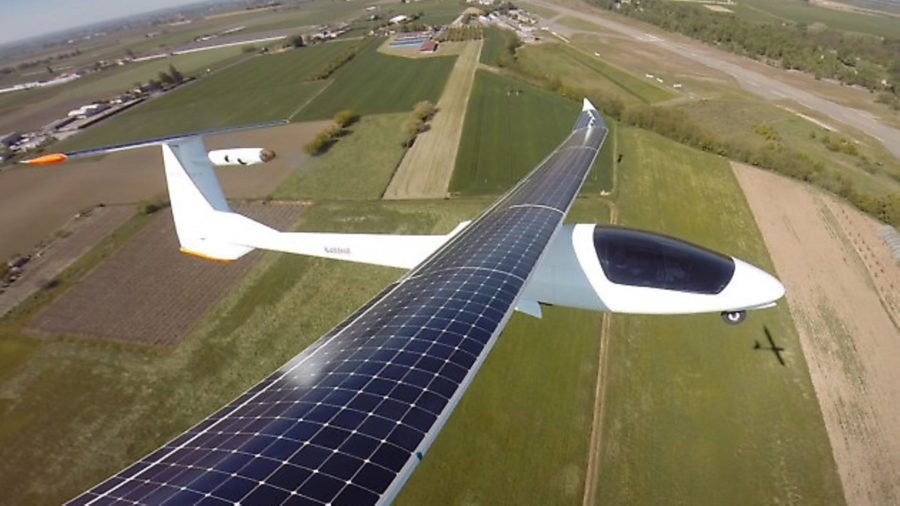 An aeroplane that could become the first solar-powered aircraft to be suited to production, has been undergoing test flights.

The Sunseeker Duo was created by Solar Flight, which claims that it is also the first solar powered aircraft to have a passenger seat.

The engineering challenges that come with the building of solar powered aeroplanes are formidable. The structure must be incredibly light and aerodynamically efficient to perform well with only the power from integrated solar arrays.

Because of these demanding requirements, solar powered aircraft have mostly been built as engineering novelties to break records or win prizes, rather than with the intent for practical use.

The Sunseeker Duo’s first flight was conducted at Solar Flight’s test facility in Voghera, Italy on December 17; the anniversary of the Wright Brothers’ first flight at Kitty Hawk.

Over the past two months, the flying qualities of the machine, as well as the performance of the battery system, motor, propeller, folding hub mechanism, and landing gear retraction systems have been explored. After some instability in pitch was observed during the unpowered test flights, more area and additional solar cells were added to the horizontal stabilizer. Now the company says that the aeroplane is docile with good control authority in the air and on the ground.

The Sunseeker Duo has a wingspan of 22 meters; an empty weight of 280 kg and 1,510 solar cells with 23% efficiency. The motor has a maximum output of 25kW. According to Solar Flight, the aircraft is able to cruise directly on solar power with two people on board and is capable of durations in excess of twelve hours. It uses a battery pack located in the fuselage to store energy harvested from the solar cells which line its wings and tail surfaces.