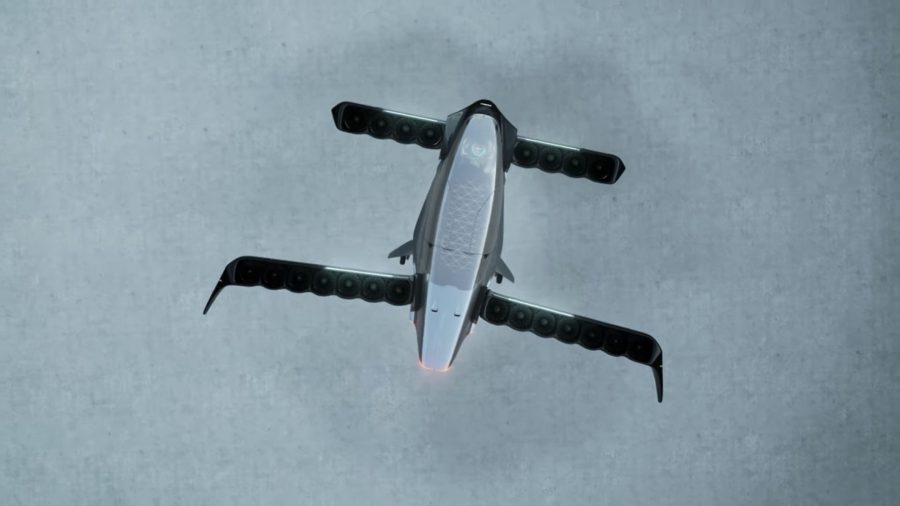 Two more aircraft recently debuted on the burgeoning Chinese eVTOL market. Shanghai-based Autoflight has been building heavy-lift logistics drones since 2017, and announced last year that it was working on an eVTOL air taxi.

The design, called V1500M, was unveiled at the China Airshow in Zhuhai, showing an aircraft with two pusher propellers for horizontal flight and a rather thin and long wing for lift. For VTOL operations, the V1500M uses eight lift fans, a pair of which extended upwards on their own nacelles (presumably to keep the aircraft a little more compact – Ed). Autoflight expects the aircraft to cruise at 108kt, carrying four passengers, over a range of 135nm.

The company says it expects to start flight testing ‘in the near future’, with certification planned for 2024. It’s not known whether Autoflight will build these solely for the Chinese domestic market, or aim for FAA and EASA certification as well. The second new Chinese eVTOL to make its debut at the Zhuhai show is the Pantala from Pantuo Aviation – a design very similar to the German Lillium ‘Jet’. The aircraft has a short canard at the front, the main lift coming from a large, aft-mounted wing. Like the Lillium, the wings carry a plethora of small ducted fans arranged in banks, although a notable difference is that where the Lilium vectors thrust by tilting the propulsion banks, the Pantala tilts the wings for VTOL operations. The company has yet to release data on performance or price.