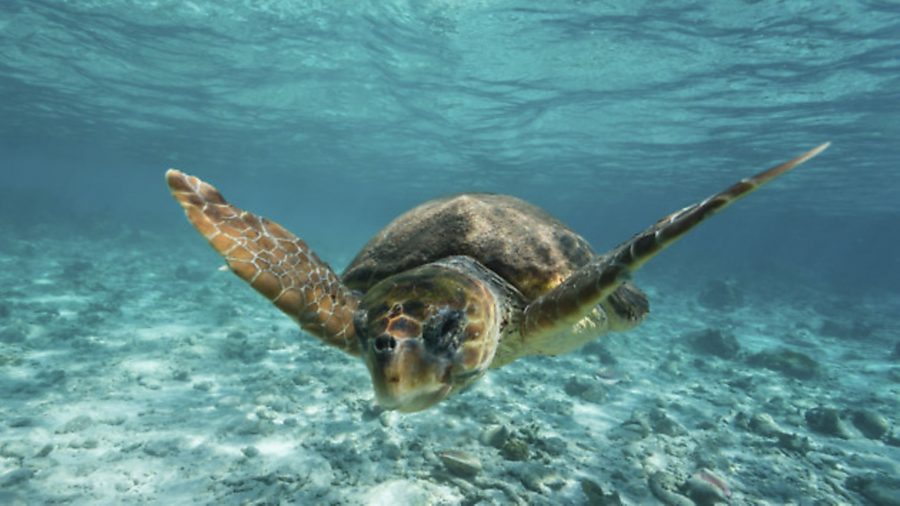 An endangered turtle that was washed up on a beach in Jersey will be getting the rock-star treatment – flying by private jet to the Canary Islands.

It turns out that the plane in which the loggerhead turtle – nicknamed Terri – is taking to the skies in is actually owned by Iron Maiden frontman Bruce Dickinson!

Terri, the turtle was found on a beach in St Clement with shell damage and signs of infection. She was being treated by vets in Jersey, but needed a warmer climate in which to be released back into the wild, hence the flight to Gran Canaria.

Vet Peter Haworth and other staff at New Era vets were responsible for treating Terri, and have been campaigning to send her safely on her way. Originally they planned to send the turtle by private jet to the Canary Islands at a cost of £22,000. They started a public fundraising campaign that had raised nearly £6,000 towards this figure, but Guernsey company Aeris Aviation offered to provide the jet at a reduced cost. The flight will also be shorter, taking only five hours instead of the 12 originally stated.

Mr Howarth said: “A jet has become available at a far reduced price and with the donations at the hospital and online, we have reached the price we need for the jet.

“It shows how much one little turtle can bond people together. We had interest immediately from Dubai, Australia and America.

“The Sea Life Trust in the UK offered money if we need it, which we hope to put towards a satellite tracker so people can follow Terri on her journey.”