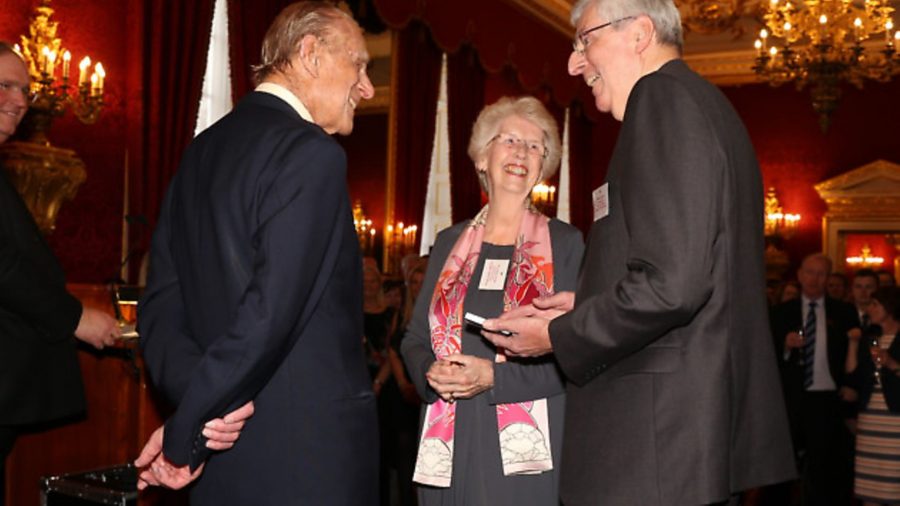 A number of organisations and individuals have been recognised for their achievements in aviation at this years Annual Reception for The Air league.

His Royal Highness Prince Philip, Duke of Edinburgh – also a patron of The Air League – presented the awards at the reception which was held in the St James Palace.

The Founders Medal, the League’s most prestigious award, was presented to Major Tim Peake for his incredible exploits in space. Major Peake, who was the first Briton to walk in space, was unable to attend the event due to him still be aboard the International Space Station until 18 June. He was, however, able to make a surprise phone call to thank Prince Philip and the League Chairman

Mr Christopher Walkinshaw. The Founder’s Medal was accepted from Prince Philip on Tim’s behalf by his parents Nigel and Angela in front of the 350 guests who also attended the reception.

Mr Christopher Walkinshaw said: “The Air League is delighted to recognise Tim Peake’s remarkable achievements which particularly have included the encouragement of young people. Since its foundation in 1909, the promotion of an interest in Aviation has remained one of The Air League’s principal aims”.

Tim Peake said : “It is an honour to receive this highly prestigious award. I would like to congratulate all those receiving awards this evening and to encourage others for the future.”

Other awards presented at the Air League Reception were:

• A Gold Medal to Air Chief Marshal & Chief of The Air Staff, Sir Andrew Pulford for the 75th Anniversary of the founding of The Air Training Corps.

• The Jeffrey Quill Medal to the Retiring Executive Chairman of British Airways for his work in providing gliding opportunities for under privileged children in inner cities.

• The Scott- Farnie medal to Robert Pleming for his work in restoring the Avro Vulcan to flight.