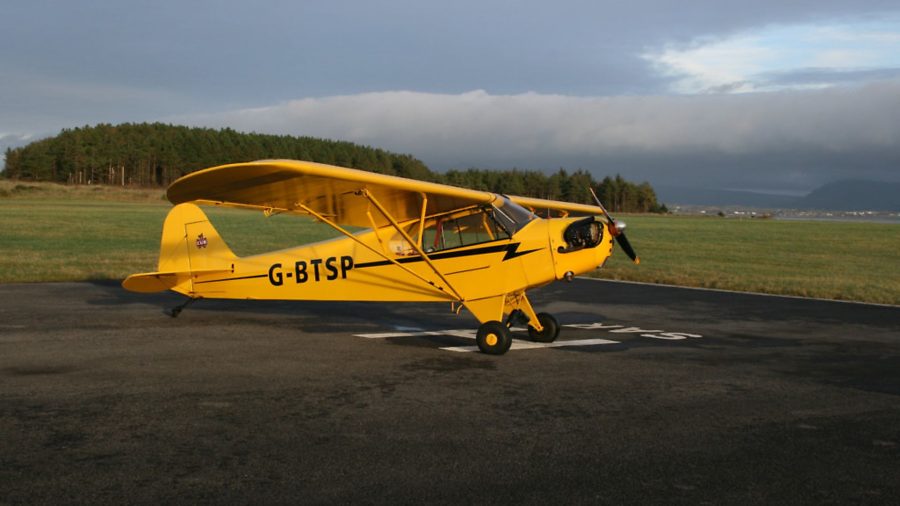 The Royal Air Force Charitable Trust (RAFCT) has partnered with the RAF Flying Clubs Association (RAFFCA) to fund the Junior Ranks’ Pilot Scholarship Scheme 2015. The scheme was set up with the purpose of providing training for solo flying in a light aircraft at one of the RAF Flying Clubs based in the UK.

Earlier this year, only 16 out of 100 applicants were fortunate enough to be selected for the scholarship and now the first three, Senior Aircraftsman Daniel Mumford (RAF Marham), Corporal Daniel Gibbons (RAF Leeming) and Corporal Amy Foster (RAF Brize Norton), have taken their first solo flight. All of the flying undertaken can be logged towards the award of a full flying licence – such as the National Private Pilot’s Licence (NPPL).

SAC Mumford said: “I had a few flying hours to my name before arriving at RAF Halton and the first challenge was to get to grips with the Tecnam aircraft. After a handful of circuit sessions the instructor hopped out of the aircraft and I was left on my own. During the take-off and downwind leg of my first solo I was busy going through my checks and it wasn’t until I was on the final leg that it really sunk in that the instructor wasn’t there. Moments later I was back on the ground after a successful first solo. It was a great experience and the JRPSS has put me in a great position to carry on with my progression towards getting my PPL.

At RAF Halton, the scholars worked hard over a three-week period to fly solo in the Club’s Tecnam Sierra aircraft – itself, part funded by the RAF Benevolent Fund, RAF Central Funds and the RAF Sports Board. All three have made arrangements to continue training and hope to use their licences to participate in competitive and instructional flying at RAF flying clubs.

Cpl Foster said: “Arriving at Halton Aeroplane Club on the first day, one of our briefs included the fact we could expect to do a solo flight in 10-15 hours! The puzzled expression on my face caused my instructor to laugh. Reaching 12.5 hours I knew the big event was fast approaching. After a good circuit session Lucas my instructor, suggested we go in for a break, we landed, he took control and taxied back to the end of the runway, looked at me and said: “It’s your turn now” and jumped out. I can honestly say I’ve never felt such fear and excitement all in one! It was such an amazing day that I’ll always remember.”

Chairman of the RAF Halton Aero Club, Group Captain Mark Manwaring, said “Providing this training was a great opportunity for the Halton Aero Club to help our junior ranks achieve their dream of flying solo. Our students went solo in record time and by continuing to use our low-cost training, they plan to go on to achieve their pilot’s licences.”

The number of places on the scholarship for 2016 has now been increased to 24 places – details will be made available on the RAFFCA website (www.raf.mod.uk/rafflyingclubs) in the autumn.