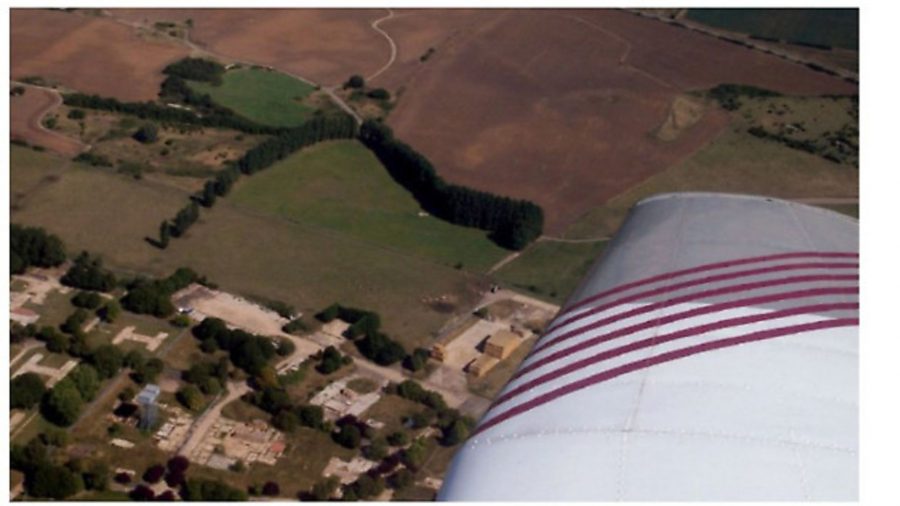 Silence. All was still. A haloed full moon bathed the airfield in a pale blue light casting long shadows beyond the row of hangars. Frost crinkled under foot. It was Christmas Eve 1964. RAF Oakington, an Advanced Flying Training School near Cambridge, was closed for the holidays. Only a skeleton staff remained to keep the Station idling, and to react to any alarms generated by the ungodly who formed the opposition in the Cold War.

I had been caught for duty. There were three of us: a senior Flight Lieutenant as Station Duty Officer (SDO); a junior Flying Officer, me, as Orderly Officer (OO); and an Orderly Sergeant (Ord Sgt). We were on call 24/7?a phrase not then in use. That said, the world was so energetically celebrating that we were left undisturbed to contemplate the unfairness of being on duty while others played.

This incident happened to the SDO: let’s call him ‘Willie’. Actually, being an ardent Scotsman of many summers, Willie was a willing volunteer for Christmas duty. This freed him for Hogmanay at his home in the Kingdom of Fife. He’d been shot down in his P-40 Tomahawk as a Sergeant Pilot in North Africa during one of those frequent forays back and forth across Cyrenaica. A guest of the Third Reich in a variety of POW camps across Mitteleuropa, he escaped three times but was always recaptured. He’d have been promoted to Colditz, or shot, if he’d tried and failed a fourth time. During his incarceration Willie learned excellent German and became a watchmaker. His room in the Mess was a workshop and he repaired everything that ticked within a country mile.

That evening, Christmas Eve, I had officiated at the twice-daily ceremony of ‘waving at the flag’ ? a disrespectful term for raising and lowering the RAF Ensign at dawn and dusk. Spot on 1700 the Ord Sgt blew his whistle, a signal for everyone within sight to stop, come to attention facing the flag and for officers to salute. Given that the Station was deserted we were the sole audience of this theatre. But everyone always carried out this duty with respect. The Station Master was a stickler for its proper execution. He had been known to hide behind the curtain in his office overlooking the scene (even at weekends) to catch the sloppy or inattentive.

The ceremony over, I returned to the Mess. Willie and I had our dinner brought over from the Airmen’s Mess as a meals-on-wheels service, our own kitchen being closed. We toasted the Saviour’s Birth with a small libation from the honesty chit system we had set up to keep us well lubricated over the festive season. There being little else to do, Willie and I retired around 2200: me to my little cell in the West Wing, Willie to his workshop in the East. I slept the sleep of the just and remained undisturbed during the dark reaches of the night.

Christmas Day dawned bright, frosty and clear. After waving at the flag again, I joined Willie for our meals-on-wheels breakfast. He asked if I’d been able to solve the problem which the Ord Sgt had brought to him in the wee small hours. I said I’d not been disturbed. With a furrowed brow Willie then gave the following account of his strange experience…

As was his wont, Willie had spent most of the night working at his watches and clocks. He seldom slept, preferring to catnap when the mood took him. Around two o’clock there was a knock on his door. Willie, knowing that I was the only other person living in the Mess over Christmas, assumed it was me, and yelled “Come in, dear boy”. But no one came. The knock was repeated, as was the invitation to enter. Nothing. Willie left his bench and opened the door to see who it was. In the doorway stood a Sergeant Pilot, wearing flying clothing. Thinking this was the Ord Sgt, Willie invited him into his room. Turning around to question the man, he saw that the visitor had remained in the doorway. The invitation to enter was repeated, but the Sergeant Pilot did not move. After just a second or two, the young man turned to his right and disappeared down the corridor without saying a word. Somewhat puzzled, Willie returned to his doorway only to see the man walking away from him along the corridor. The visitor turned left and descended the stairs (Willie lived on the first floor). He recalled hearing the young man’s footsteps echoing on the uncarpeted stairs, then silence as he reached the carpeted ground floor.

Willie thought it odd that the Sergeant Pilot had not uttered a word during this brief encounter. But, thinking the man was the Ord Sgt, Willie assumed that he’d find me (the OO) in the West Wing, and I’d deal with whatever problem the visitor had brought. Willie returned to his clockwork friends, and thought no more about it ? until our meeting over the cornflakes.

Immediately, one thing struck me as odd. I had got to know the Ord Sgt quite well over the last four days of waving at the flag. He was a fifty-something Chief Technician who’d been ‘awarded’ extra duties over Christmas for some minor malfeasance in Hangar Four. The Ord Sgt was definitely not a young Sergeant Pilot. Willie and I debated who he might be. And although there were a few Sergeant Pilot students on current courses, we knew them all, and this chap wasn’t one of them. Perplexed, but not much concerned, we then went about our lawful occasions.

Paddy, bless him, my Batman (for those splendid men then existed aplenty) came in (on Christmas Day! Can you imagine that these days?) just to see how I was. I told him the odd tale of the night before. He smiled knowingly and said the young man was the Oakington Ghost, who appeared every Christmas Day in the wee small hours. Paddy had been at Oakington in the war as a civilian worker and he related this story. That Christmas (1943 he thought) the Station mounted a raid on Duisburg with around 25 Wellington Bombers. They all got away, save for one which had an engine failure on take off. At Max AUW with bombs and full tanks, the aircraft was a handful. Sadly, the young pilot ‘lost it’ and spun-in, hitting Bar Hill which lay a mile off the end of the runway, just about the only hill in this part of Cambridgeshire. It’s now a prosperous new village, but was open country then. Ever since, the young Sergeant Pilot has returned on Christmas Day to the Mess (it was the Sergeants’ Mess then) searching for his crew.

Over coffee I told Willie and we sat in humble silence. He had experienced multiple mayhem during his war and was much moved by the incident. Not a man to show emotion, he turned away and sought solace in his private thoughts.Every year this Sergeant Pilot from the past reaches out to the present and touches all who are privileged to meet him: evidence of that strong bond that unites those who fly.