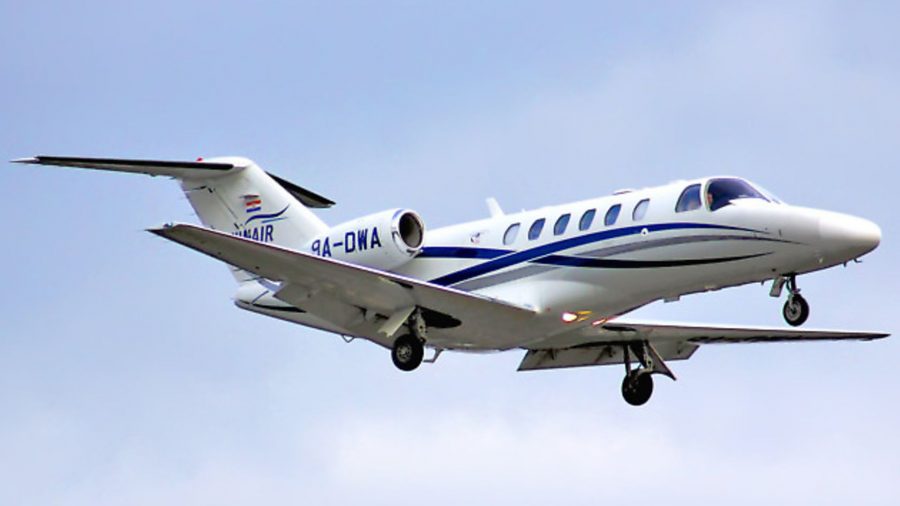 Beyond the PPL – the Overhead Join is one procedure they don’t always teach you at flight school and the subject of endless debate. On both Pilot’s ‘Airmail’ pages and numerous Internet forum threads ? the overhead join continues to perplex pilots and, from some quarters, draw criticism.

What place is there for this old-fashioned circuit-joining procedure ? a legacy of the days before aircraft radio in the 21st century, you might ask? Confusion arises from the apparent lack of documentation: what exactly is a standard overhead join? The Civil Aviation Authority supplies part of the answer in the form of the widely-circulated GA safety poster reproduced at the head of this article, and adds a little more detail in Safety Sense Leaflet 06 Aerodrome Sense, these publications being downloadable free of charge from www.caa.co.uk Unfortunately, both the poster and AIP illustration reproduced in the leaflet show an overhead join from a direction passing over the dead side at roughly 90° to runway orientation: in the real world, aircraft will be coming in from all directions, their pilots all too often struggling to visualise a flight path that picks up with the ‘standard’ diagram.

What do you do when arriving from the dead side ? or on runway heading? Should you avoid overflying the live side ? and which way should you turn, in picking up that standard descent pattern? Nor is the point of the whole exercise understood by all pilots. Those who have done their training at airfields where overhead joins are discouraged or even prohibited may question the need to go all round the houses when they might otherwise join the circuit downwind, on ‘base’ or on ‘long final’. Others will appreciate that the overhead join is designed to separate inbound traffic from the circuit and ensure that arrivals join the circuit at a known position ? crossing the upwind end of the runway at circuit height. This minimises the risk of collision, helps everybody in keeping a good look-out and allows confused visitors and non-radio flyers (of whom there are still quite a large number) to confirm which runway is in use and the circuit direction (remember the signals square?)

Pooling the wisdom and experience of Pilot’s contributors ? all of whom have at some point in their flying career been confused by exactly which way to do it ? we’ve produced a set of diagrams showing which way to go when joining overhead from a direction not shown in the standard diagram (1).

When approaching the airfield on a heading close to takeoff direction (2) it is relatively easy to visualise leaving the essential ground feature ? the centre of the airfield ? off to the left and then turning, as the CAA advises, in the direction of the circuit to pick up the dead-side descent path. As you will be turning toward, and then overflying the live side, the vital thing is not to start descending until you cross the runway centreline to the dead side.

When approaching from the takeoff direction on a downwind heading, again keeping the centre of the airfield to your left (3), you will arrive over the live side, a 90° turn to the left allowing you to merge with the flight path shown in the standard diagram.

In approaching the airfield from the dead side in a direction at 90° to the runway (4), the important thing to avoid is the temptation to turn against circuit direction and away from the airfield. The correct procedure is to maintain altitude and turn overhead the live side with the circuit direction, again picking up the dead-side descent path shown in the standard illustration.

While this all looks neat enough on paper, the workload on doing it for real can sometimes overwhelm the mind’s ability to process simple problems and visualise the correct action, especially when arriving at an unfamiliar airfield. One thing we would say is: never be too proud to make things easier for yourself by rotating the chart or airfield diagram so that it is orientated track-up, making it that much easier to mentally overlay the appropriate join and descent path.

Advice from an expert

David Coe is Chief Flying Instructor at the West London Aero Club, based at White Waltham. Overhead joins are preferred at this Berkshire airfield, where the service is Air/Ground and some of the resident and visiting aircraft are non-radio. David has long experience of both teaching the procedure to students and observing visiting pilots getting it right?or not! “Our students generally have no problem understanding the concept,” says David. “We get them to draw the circuit joining diagram before flying. This works well, especially with the six circuits, both leftand right-hand, at Waltham. The golden rule is this: if it is a left-hand circuit, position the airfield on the left as you approach the overhead and vice versa. All the turns will be made in the same direction as the circuit direction.”

What advice would David offer to pilots visiting White Waltham? “The reduced joining height (1,300 feet QFE ) with an 800 foot circuit catches some out. We remind all pilots of this height limitation, which is our own local situation dictated by Controlled Airspace. I would advise you to draw a diagram beforehand if you are uncertain of what to do. Even experienced instructors get it wrong sometimes!

“Some pilots go straight to the middle of the airfield when joining overhead. This is wrong. You need to turn around the airfield perimeter in order to see what is going on below. Also the only bit of the runway that needs to be crossed in a specific place is the upwind end at circuit height, after descending dead side. There is no need to cross the threshold as well!

“The advantage of the overhead join is that it gives lots of time to assess the existing traffic and to work out where other aircraft are before letting down into the circuit. The only disadvantage I can find is that when going crosswind over the upwind numbers you have to decide where you are going to fit into the established circuit traffic. This is about as risky and challenging as joining directly onto downwind or final!”