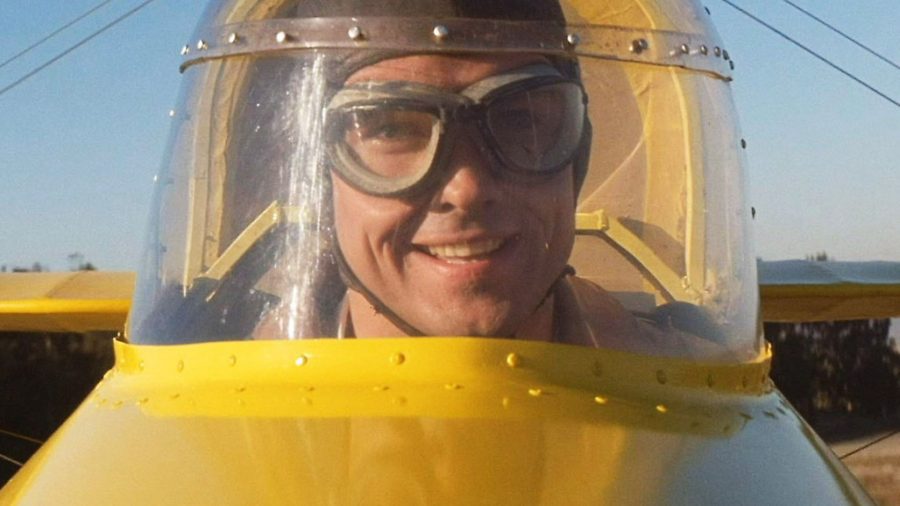 For all those frustrated pilots in coronavirus captivity, in a new mini-series Pilot magazine’s Editor presents his pick of the movies and books to while away the hours – and keep the aviation flame burning

I am starting with an old favourite that manages the rather rare trick of entertaining the pilot, aviation enthusiast, movie buff and – importantly – the whole family, at once; The Rocketeer. What makes this film so special? In a word – and perhaps a surprising one to describe a Disney Studios fantasy – authenticity.

It is also a romping action movie tempered with old-fashioned, grown-up fast-slow pacing that builds to a great climactic set-piece and ends with a satisfying coda.

Set in Los Angeles in 1938, The Rocketeer’s wham-bam opening sequence begins with a Gee Bee Model Z race plane (in real life the superb flying replica built by the late Bill Turner) being rolled out for its ostensible first flight.

Flown for the cameras by Delmar Benjamin (who won fame in the 1990s/early 2000s for his aerobatic displays in his own Gee Bee R-2 replica) the Model Z made a sizzling screen debut in The Rocketeer – its initial high-speed passes three feet off the deck will make any red-blooded pilot’s hair stand on end.

Further realism is added by the director putting his leading man, Billy Campbell in the air for the scenes where the Gee Bee is hit by gunfire and brought down. (Cambell had actually flown before, as a flexwing microlight pilot – which was probably just as well, given the low-level antics he was subjected to by Delmar Benjamin, out of shot in the front cockpit.)

The Rocketeer was based on what can justifiably be called a graphic novel, by Art Deco and thirties-era aviation buff Dave Stephens. Stephens was closely involved in selecting the aeroplanes and set design for the film – the main reason it has such an authentic feel.

The race is interrupted by the ex-Tallmantz Hisso-engined Standard J-1 biplane, seen previously in another great flying film, The Great Waldo Pepper. And, just like Waldo Pepper, when you see a man slide off the wing of the J-1 in mid air it is, thrillingly just that, and not some doltish computer-generated facsimile of reality.

This is not to say that special effects – even digital ones – don’t play a part in this movie. The rocket back pack central to the plot could never be flown, so that of course had to be faked – but they did it well.

The gangster and Nazi spy plot and dialogue may be corny stuff, but in the context of plenty of convincing action, realism (ironically) and authenticity (futher irony) it doesn’t matter. The Rocketeer offers splendid entertainment, and entertainment aimed at flyers like you and me.

Witness the scene in which our hero escapes the Feds by gliding to safety under a model of the ‘Spruce Goose’ flying boat: “The sonofabitch will fly,” murmurs the Howard Hughes character in a line that means nothing to the general public but everything to aviation people.

Nearly thirty years since it was released, The Rocketeer remains one of the great flying films and for good reason has a cult following all of its own.

And today, thanks to providers like Amazon Prime (where remastered HD version of The Great Waldo Pepper can also be found) it is even easier to find and view for yourself. I guarantee you will not be disappointed.