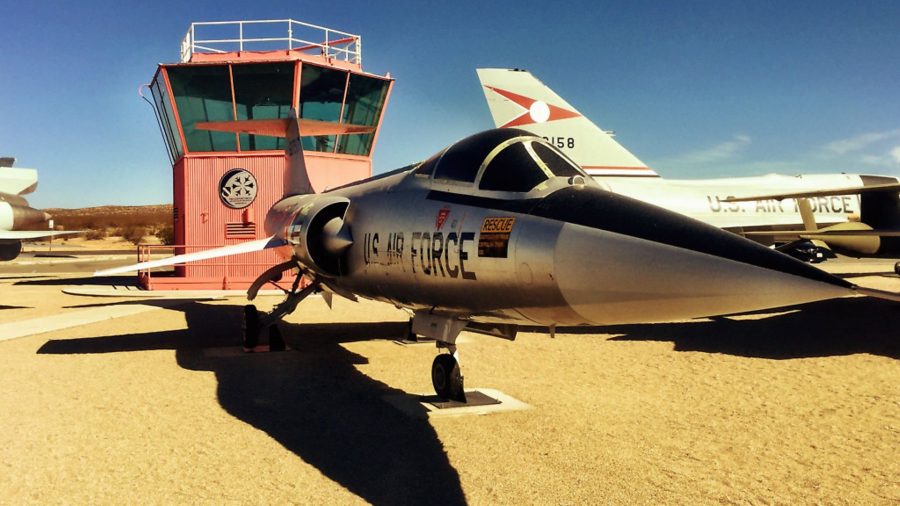 This is part of Air New Zealand’s brilliant aviation content, more of which can be found here

The beginning of commercial aviation

1910 – The Los Angeles International Air Meet at the Dominguez Airfield

The first major airshow in America and one of the earliest worldwide, The Los Angeles International Air Meet at Dominguez Field was a hugely important aviation event. Around a quarter of a million spectators saw famous aviators such as Glenn Curtiss and Louis Paulhan in their new flying machines. Famous businessman William Randolph Hearst experienced his first flight, also present was a then unknown William Boeing.

The American aviation pioneer was the first to fly across the United States. Departing from New York on September 17th, 1911, his journey took him three months to complete, finally landing in Long Beach, California on the 10th December.

Following Cal Rodgers landing on Long Beach, planes began using the beach as a runway. Barnstormer Earl S. Daugherty then leased the area and turned it into an airport for air shows and stunt flying. In 1919, he started the world’s first flight school at the same location. In 1923, he convinced the city council to use the site to create California’s first municipal airport, now known as Long Beach Airport.

Founded in Santa Monica, California, by Donald Willis Douglas Sr. in 1921, the Douglas Aircraft Company built some of the most revolutionary aircrafts of early aviation including The Douglas DC-3 model.

The Lockheed Aircraft Company set up in Hollywood in 1926 by aviators Allan Loughead, Jack Northrop and Kenneth Jay. They created the famous Vega Model plane that was used by many famous early aviators including Amelia Earhart in her flagship journey across the Atlantic.

A true landmark, Los Angeles International Airport or LAX is at the heart of the Californian commercial aviation industry. The third busiest airport in the United States, it handles over 80 million passengers per year and almost 2 million tonnes of cargo.

Californian airline Western Air Express were amongst the original five airlines awarded a contract by the US Postal Service to deliver mail in 1925. The following year, it became the first airline to conduct a commercial passenger flight.

Based in Glendale, California, business magnate Howard Hughes and his Hughes Aircraft company made some notable contributions to aviation. In his Hughes H-1, he set world airspeed (1935), transcontinental (1937) and round the world (1938) flight records.

The DC-3 was a new, quicker aircraft that pioneered many air travel routes. It had speeds of up to 333km/h and a range of around 1,500 miles meaning it could fly across the United States in about 15 hours with three refuelling stops.

Amongst her many achievements including being the first woman stunt pilot in Hollywood and breaking Amelia Earhart’s women’s speed record, Californian native Pancho Barnes set up the Women’s Air Reserve (W.A.R.) in 1934.

In terms of American Industries, US aircraft manufacturing climbed from 41st place to first during WW2. From 1940 – 45, the US produced 300,000 planes – compared to only 3000 that had been built in the US since the Wright brothers first flight in 1903. Notable Los Angeles manufacturers include Douglas Aircraft, Hughes Aircraft, Lockheed, Northrop, North American Aviation and Vultee Aircraft.

Hughes also created the famous H-4 Hercules, also known as the Spruce Goose, in Southern California. This was the largest flying boat ever built, and had the largest wingspan of any aircraft that has ever flown. Intended to fly tanks over the Atlantic to allied forces during WW2, it was not ready in time and flew just once in 1947.

Over the Muroc Army Air Field base (now Edwards Air Force base) The Bell X-1 was the first manned rocket engine-powered aircraft to break the speed of sound.

In one form or another, The Lockheed U-2 has been used by the USAF and CIA for ultra-high-altitude reconnaissance for over 50 years. It was first used in 1956 to monitor the Soviet Union, who could not track it properly and who’s MiG fighters could not intercept it due to its flying height.

One of the fastest planes ever built, the SR71 Blackbird was made for aerial reconnaissance missions for the US Air Force from 1966 – 1998.

Known as the ‘Stealth Bomber’, it was created as a way to penetrate Soviet air defence systems and attack high-value targets during the Cold War. Each aircraft’s development, engineering and testing averaged $2.1 billion!

Flying to a galaxy far, far away

Syncom 2 was built by the Hughes Aircraft Company in Culver City California. They would later build Intelsat I, the first commercial communications satellite in geosynchronous orbit.

The Apollo space program culminates with the moon landing on July 20th, 1969. The rockets and landing capsules for the Apollo missions are built at the NASA Industrial Plant in Downey, California.

1976 – The first space shuttle orbiter, The Enterprise, is rolled out

The first of six space shuttle orbiters, The Enterprise, is built in Palmdale, California by Rockwell International. It would be followed by Columbia, Challenger, Atlantis, Discovery and finally Endeavour, which is now on public display at the California Science Center.

SpaceX is founded by Elon Musk, headquartered in Hawthorne, CA. In 2008 they would become the first company to launch a privately developed liquid fuel rocket into Earth orbit.

Stratolaunch is founded by Microsoft co-founder Paul Allen, with the goal of building a reusable air launch platform which will be the world’s largest aircraft by wingspan. Currently under construction at the Mojave Air & Space Port in California.

SpaceX launch the Falcon 9 v1.1 rocket from Vandenburg Air Force Base near Lompoc, California for the first time. The Falcon being notable for its pioneering use of reusable rockets.