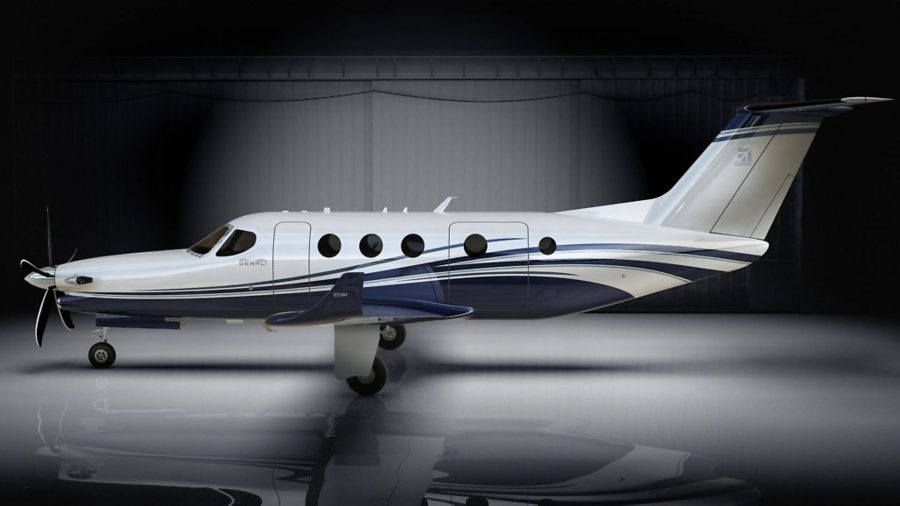 It has also begun testing the fuel system on an ‘iron bird’, and test running the aircraft’s McCauley’s 105 inch diameter, five-blade composite propeller, including runs at maximum rpm and vibration and bird strike trials. The Denali will be powered by GE’s new 1,240shp ‘advanced turboprop’ engine with single-

The aircraft’s flat floor cabin will have an executive seating configuration of six individual reclining seats, club-configuration tables and refreshment unit, or a commuter-style layout with nine individual forward-facing seats. It will be easily convertible from passenger to cargo configuration. The pressurisation system will maintain a 6,130ft cabin altitude at the aircraft’s 31,000ft service ceiling.

Predicted performance includes a cruising speed of 285kt, full fuel payload of 500kg, and a range of 1,600nm at high-speed cruise with one pilot and four passengers, enabling it to fly, for example, non-stop between London-Moscow, Los Angeles-Chicago or New York-Miami.

“This is an exciting time in the Denali programme as this aircraft is now coming to life through the production of the first test articles,” said Brad Thress, Cessna Senior Vice-President, Engineering. “The level of attention that goes into this phase of development results in a highly mature product in later stages of the development programme, ultimately allowing us to deliver customers a best-in-class aircraft.”