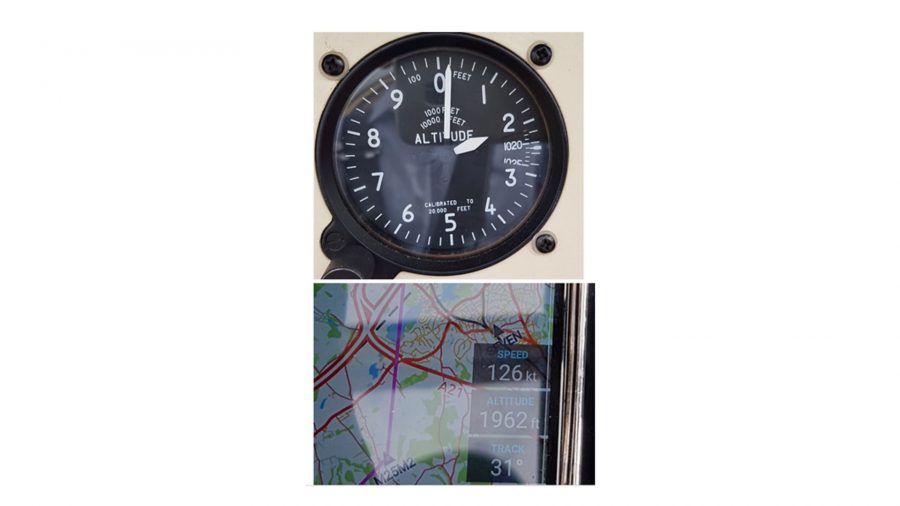 Detailed tests conducted by private pilots in the vicinity of Gatwick have highlighted the potential for erroneous MORs to be issued when pilots fly published procedures at Redhill aerodrome. The tests, conducted by comparing the altitudes shown by certified altimeters and transponders with ATC readings in four different locations in the area, showed discrepancies that seemingly led to at least one Mandatory Occurrence Report (MOR).

In late June, a pilot was picked up by Gatwick radar at 1,600ft in controlled airspace while flying in the vicinity of Redhill aerodrome. The pilot maintains that he was following the airfield’s published procedures, and that he was actually at 1,400ft amsl. As part of the Mandatory Occurrence Report (MOR) procedure initiated by the CAA for the alleged infringement, in the following days a group of pilots conducted several tests, comparing the altitude readouts of the aircraft’s altimeter and transponder with those of a GPS and of Gatwick’s ATC.

The readouts highlighted a systematic overread by Gatwick’s radar of 200ft, which would have erroneously placed the aircraft in controlled airspace when the alleged infringement took place. The pilots also report that ATC explicitly declared the 200ft difference between transponder and altimeter to be ‘within tolerance’. Despite this a MOR was initiated and is still pending against the pilot involved.

Local procedures at Redhill say that fixed-wing aircraft ‘departing VFR must climb to 1,400ft QNH and remain outside controlled airspace’. Similarly, aircraft arriving from the north-west and from the east are instructed to perform ‘overhead joins at 1,400ft’. The base of Gatwick’s airspace in the area is 1,500ft.

A previous investigation by Pilot on alleged airspace infringements (‘Infringement Injustice’, November 2020) found that transponder errors, which feed ATC altitude readings and which seemed to be at play in this case, can add up to 500ft in a worst case scenario. The CAA has been approached for comments.