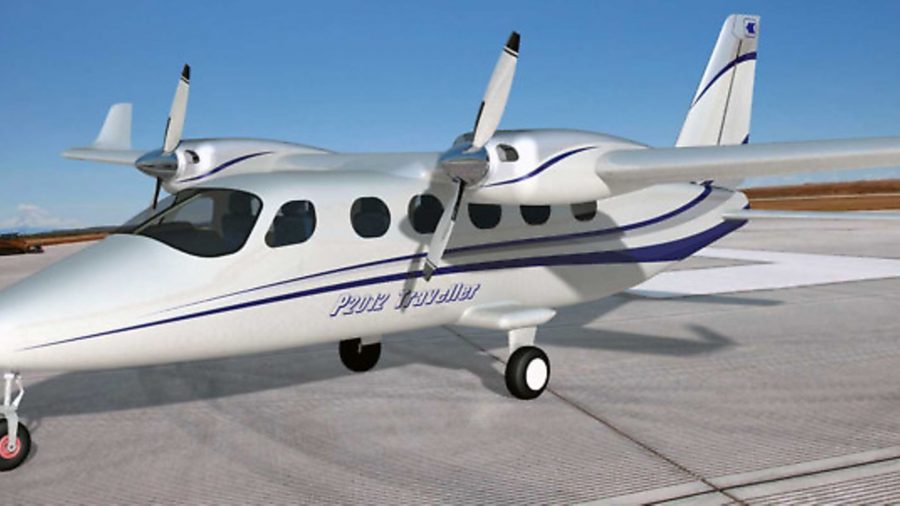 Lycoming’s iE2 engine is the company’s flagship technology. It is an engine and engine control concept designed ‘from the ground up’ to be electronically controlled. The iE2 system features a continuously optimising multi-port fuel injection system for optimum power and fuel consumption performance. The company says the engine’s state-of-the-art electronics and sensors make it capable of operating in all manner of environments and enables operators to realise reduced maintenance costs and increased availability while simultaneously reducing pilot workload.

Tecnam has selected a single turbo, non-intercooled configuration of the iE2, designated the TEO-540-C1A. “This configuration provides the P2012 Traveller with the power, durability and efficiency necessary for our first intended use as a passenger aircraft,” says Paolo Pascale, Tecnam Managing Director. “We are pleased with the partnership that has been built between Lycoming and Tecnam to move this project forward.”

The Lycoming-powered Tecnam P2012 Traveller is designed to comply with both FAR part 23 and EASA CS-23. The aircraft is designed for comfort as demonstrated from a spacious fuselage cabin capable of accommodating nine passengers and two pilots. Wide doors offer easy access to the cabin, and the large luggage compartment makes the Traveller an ideal passenger aircraft. It is currently undergoing extensive testing of its fuselage, wings and empennages ready to be unveiled in February 2016. The maiden-flight is scheduled for June.