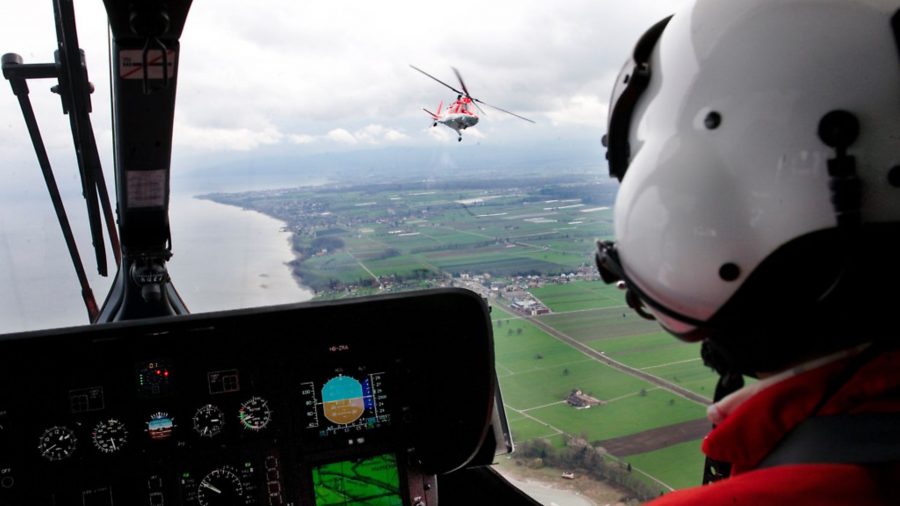 I see you… But do you see me? Part two of our series on electronic conspicuity focuses on the capabilities – and compatibility – of the existing technology

In July’s ‘Tech Log’ we looked at the CAA’s CAP1391 definition of a low-cost electronic conspicuity device for use in Class G ‘see and avoid’ airspace, and the ADS-B (Automatic Dependence Surveillance Broadcast) technology upon which it is based.

In researching the broader range of EC (electronic conspicuity) devices and equipment on the market, it quickly became apparent that some systems are incompatible with others?not the least of the problems being that CAP1391-compliant devices cannot currently be operated alongside a Mode S transponder?and the picture of which device can ‘see’ which is very confusing.

Historically, EC devices have been built to different standards and to meet different requirements. “Like Brexit, electronic conspicuity can mean different things to different folks,” observes Keith Vinning of PilotAware. “This is why at the recent EC forum held in Cologne in June 2018, EASA concluded that as far as EC is concerned ‘no one size fits all’.

“Gliders operate in very close proximity, and when thermalling fly in a manner that would unsettle most power pilots because of the close proximity. FLARM, with its built-in predictive collision avoidance algorithms, was originally developed for [the] specific needs [of the gliding community].”

Transponders are not mandatory in the gliding world and are generally not fitted due to weight, cost and power concerns?all drivers in the evolution of FLARM which, as its manufacturer points out, is still the only true collision avoidance system, other EC technologies and devices simply serving to receive and/or transmit position.

Pilots flying powered aircraft in Class G and Class E airspace are looking for some form of air-to-air electronic conspicuity that is commensurate with the speeds at which they fly and the aircraft that they are likely to encounter. “Cost is always an issue,” says Keith Vinning “and this is why PilotAware and Power FLARM are gaining in popularity.

In the case of PilotAware all traffic can be detected (including FLARM when in range of an OGN-R re-broadcast station) and Power FLARM will detect and be visible to other FLARM users and also detect Mode C/S and ADS-B.”

“Let’s not forget full ADS-B installations using equipment from Avidyne, Garmin and Trig in GA, all the way up to Airbus and Boeing,” says Andy Davis of Trig Avionics. “In a mixed traffic environment, seeing airline traffic on your receiver is part of the picture and there is also a small but growing installed base of ADS-B equippage in light GA. Trig and Garmin are making their US STC data available in Europe so anyone who has the kit?a GNS430W and a TT32 for instance?can wire it up and be fully ADS-B Out capable.”

The rather different, primary electronic conspicuity requirement for those operating in Class D and above airspace is for equipment that will make the aircraft visible to ATC: a Mode C or S transponder. “When in controlled airspace you are exactly that; under control,” observes Keith Vinning “and you do as you are told or bear the consequences of an unwelcome letter from the authorities.”

In the UK ATC monitors the position of Mode C- or S-equipped aircraft in controlled airspace using primary radar with the assistance of secondary surveillance radar built into an aircraft’s transponder. Mode C responds to an interrogation with the aircraft’s height relative to 1013.2mb, making the vertical location detection accurate?and Mode S provides even more information to help identify the individual aircraft.

Note that there are currently no ADS-B ground stations painting on ATC screens in the UK, although there are trials and experiments taking place.

“Primary radar is very expensive to install and maintain and the argument goes that if everyone was to transmit ADS-B Out at 1090MHz, and ATC were to receive it, then the radar could be turned off,” observes Keith.

“This would save the authorities millions of pounds and help towards the SESAR goal of an Open Sky using EC. But, this would require all aircraft to transmit ADS-B Out at 1090MHz with the cost then transferred to, and borne by the user. Not at all popular! And here is the rub, if it was used by everybody, ADS-B Out at 1090MHz in its current form couldn’t cope.”

This is an issue we will be returning to in Part Three of this series.

The table below shows which of the devices described in Part One can see which other device and service. However, it is important to look more broadly at technologies/functions, rather than focus on individual devices. EC devices have individual characteristics, as Daniel Hoffman of FLARM points out, “not because of individual design choices, but entirely because those devices conform to specific certification standards or use different basic technologies”.

– ‘Out’ function seen by ADS-B receivers, PowerFLARM and PilotAware

– Out function cannot be used in parallel with Mode S transponder

– Seen by some TSO ADS-B In devices and ATC

– Seen by all ADS-B receivers, including ATC

– In function not specified

– The certified GPS source is connected to a Mode-S transponder, so can be used in GA aircraft

– You see all FLARM, ADS-B Out and transponder-equipped aircraft

– Can be used in transponder-equipped aircraft

– You see other PilotAware, FLARM (when in range of an OGN-R re-broadcast station) ADS-B Out and transponder-equipped aircraft

– Can be used in transponder-equipped aircraft

The caveat here is that where the technology is compatible, the best solution may be to combine more than one device. “For a reasonably economical solution a combination of a transponder, TN72 and GDL50 is pretty good,” says Andy Davis. “If you are worried about gliders, transponder plus TN72 plus PowerFLARM is better.”

However, “There is as much variation in displays as in interoperability over the air. The FLARM products pretty much only work with FLARM-specific displays. The Garmin products only work with Garmin displays. Thus, in many cases, which product you buy depends on what other equipment you want or already own.”

We will be dealing with displays and how EC technology may evolve in Part Three. Meanwhile, the advice must remain caveat emptor.