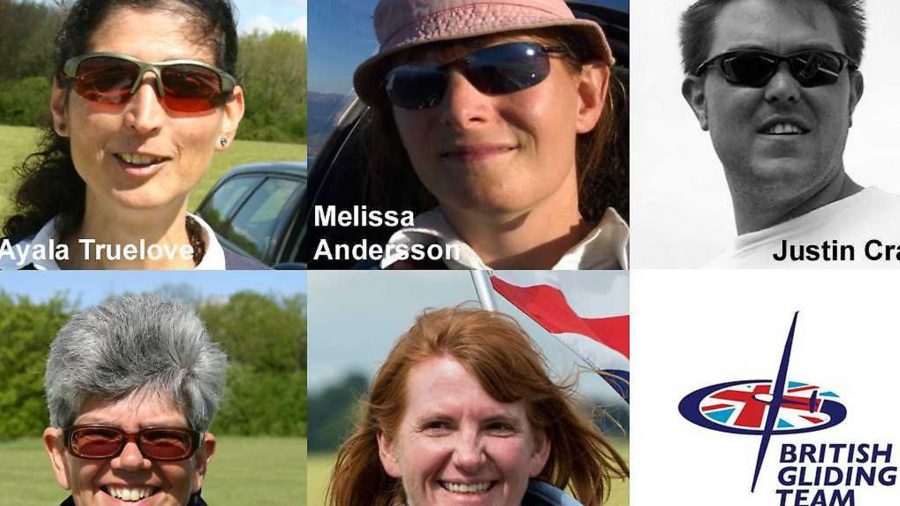 Ayala Truelove, Melissa Andersson, Liz Sparrow and Claudia Hill are now honing their flying skills ahead of the competition.

Graham Garnett, British Gliding Team Manager, said: “We have a very strong team going into this competition with each pilot being at the top of their game in the sport.”

Liz Sparrow, 57, from Romsey in Hampshire has been the highest ranked woman in world gliding and is the most experienced member of the team having competed in seven international championships.

Liz said: “It’s great to be a part of the team and a real privilege to be representing my country.

“Whilst we’re all going into this competition to win medals for the UK, we’ll also be encouraging more women of all ages to discover gliding to raise the profile of the sport and redress the gender imbalance as currently only seven per cent of glider pilots are female.”

Ayala Truelove, 53, from Tadley in Hampshire, first tasted international competition in 2009 during the Women’s World Gliding Championships in Szeged – finishing an impressive fourth in her first outing and has won two silver medals.

Melissa Andersson, 44, a member of London Gliding Club, has captained the women’s gliding team at competitions in Sweden, France and the Czech Republic.

All four pilots were chosen by a selection committee using criteria based on UK competition results and success in coaching programmes held throughout the year.

The international competition to find a women’s world gliding champion will be held over 14 days and includes a practice week for the pilots to familiarise themselves with the local gliding conditions and terrain.

Justin Craig, British Gliding Team Captain, added: “The overall winner and new world champion will be the pilot with the most points scored during the competition period. Points are awarded daily to the fastest pilots around each day’s given cross country task, typically between 150 kilometres to 500 kilometres long, taking approximately 3-6 hours to complete and at top speeds of around 150 kph.”

The newly-formed British Team will compete in the 10th FAI Women’s World Gliding Championship in Australia at the Lake Keepit Soaring Club from 4th January 2020 to 17th January 2020.

The 11th FAI Women’s World Gliding Championship will be held at The Gliding Centre in Husbands Bosworth, Leicestershire, in 2021.

For more information about the pilots and the British gliding teams visit www.team.gliding.co.uk and follow them on: