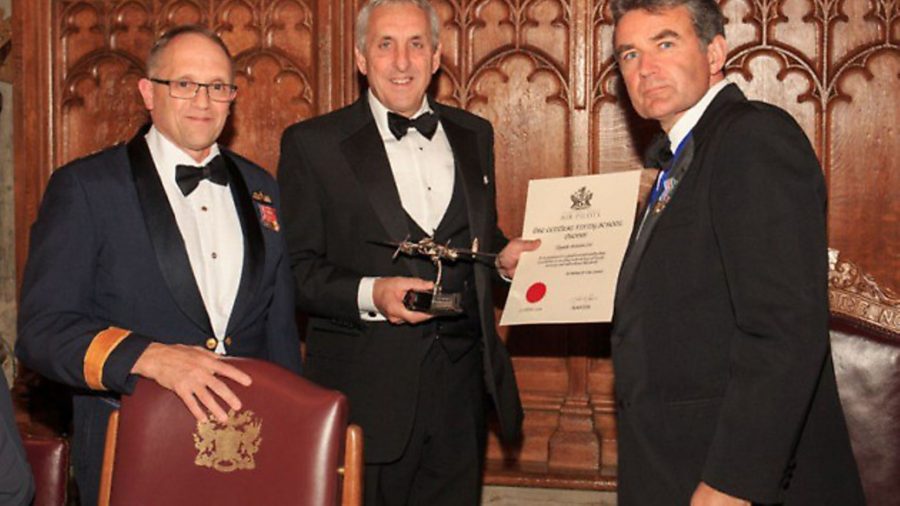 The Honourable Company of Air Pilots recognised their service to the RAF Air Cadet Pilot Scheme over 29 years at a ceremony at the Guild Hall, London, last week.

The trophy is the highest honour a flight training facility can receive, presented for contributions toward ‘the achievement of excellence in the delivery of flying training or instructional standards’.

Dundee-based Tayside Aviation, who provide training for private and commercial pilots, is the only school in the UK contracted to train RAF cadets.

Managing director Jim Watt said: ‘we are delighted to receive this prestigious award, and this year in particular as 2016 marks the 75th anniversary of the Air Cadet organisation.

‘To achieve this level of recognition is very much a team effort and this honour is for each and every employee of Tayside Aviation.’

Also honoured at the award ceremony was Major Tim Peake, the British astronaut who spent six months on the International Space Station.